PLACE: Underneath is a Landscape

In her book The Lure of the Local, Lucy Lippard says, “‘Unlike place (which I define as seen from the inside), landscape can only be seen from the outside, as a backdrop for the experience of viewing’…’Space defines landscape, where space combined with memory defines place’”

How to tease this out…?

They set out to find a place, to transform it, to uncover the local—history, geography, politics, what have you—but also the local as in the specific—the unique markings on the floors, the signs, the entryways, the unusual mass of wall plates, the miscellaneous wood-paneled room. They looked at this place from the inside and began to peel back their expectations of both place and each other. Underneath they found a landscape.

Two artists, one from Chicago, Jessica Cornish, and one from Lake Charles, Tracy LeMieux, were thrust together in collaboration, poised to upend these local markings and open the place into a larger space to be explored. A place where new stories mingled with old ones. A place where there was a landscape of intrigue underneath the local stimuli. A place that prompted the development of new memories in conversation with old.

New conversations began quickly amongst the tight team of artists and curator. They discovered it’s not just about the space, but about navigating people. They created a middle space between Chicago and Louisiana, between gallery and office building, between audience and participant. A lot of this PLACE required participation from the people coming to visit. They only suggested things, and started them, but the audience helped to finish them and add to it. With six galleries across the twelve thousand square footspace, this PLACE housed waiting, watching, and what was left behind. 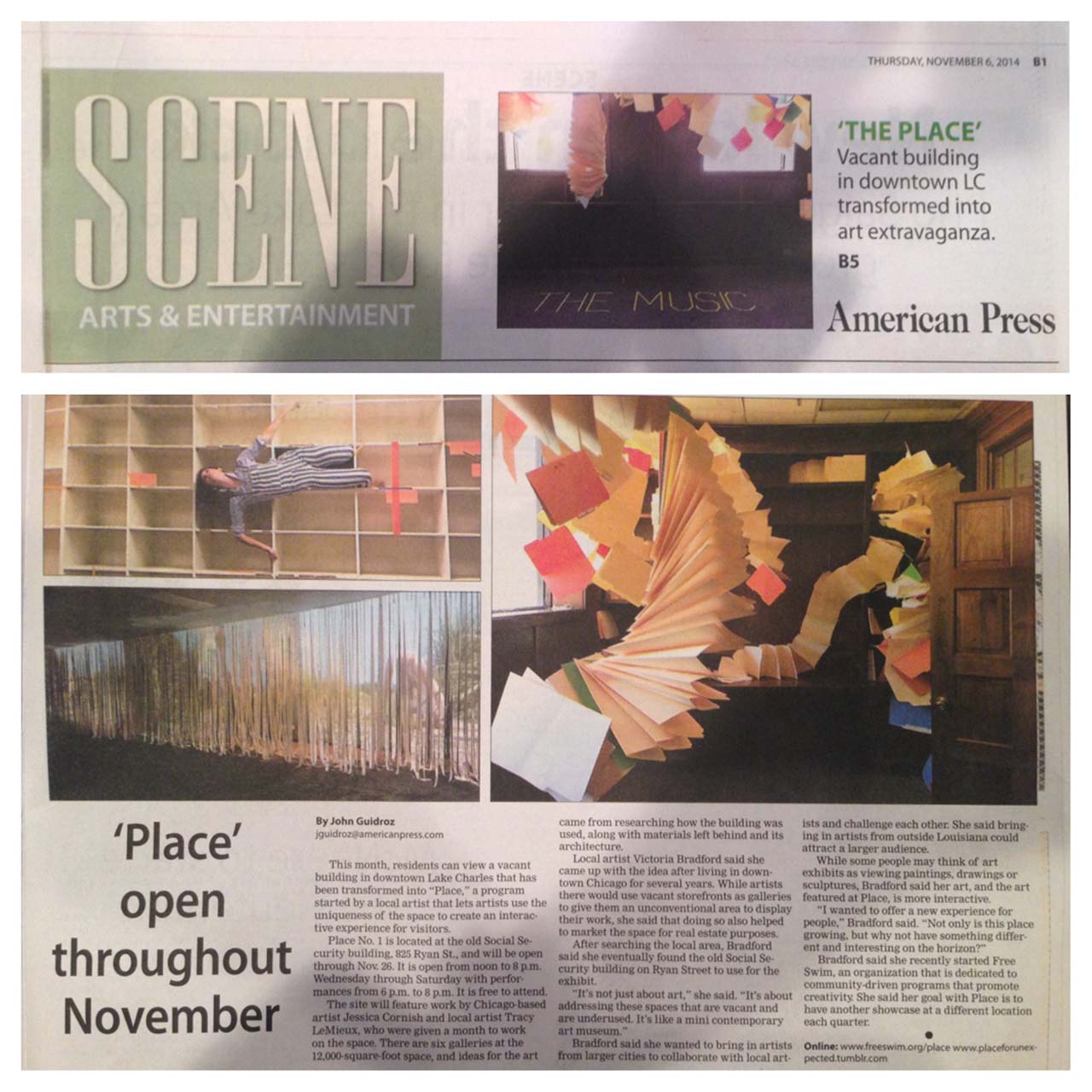 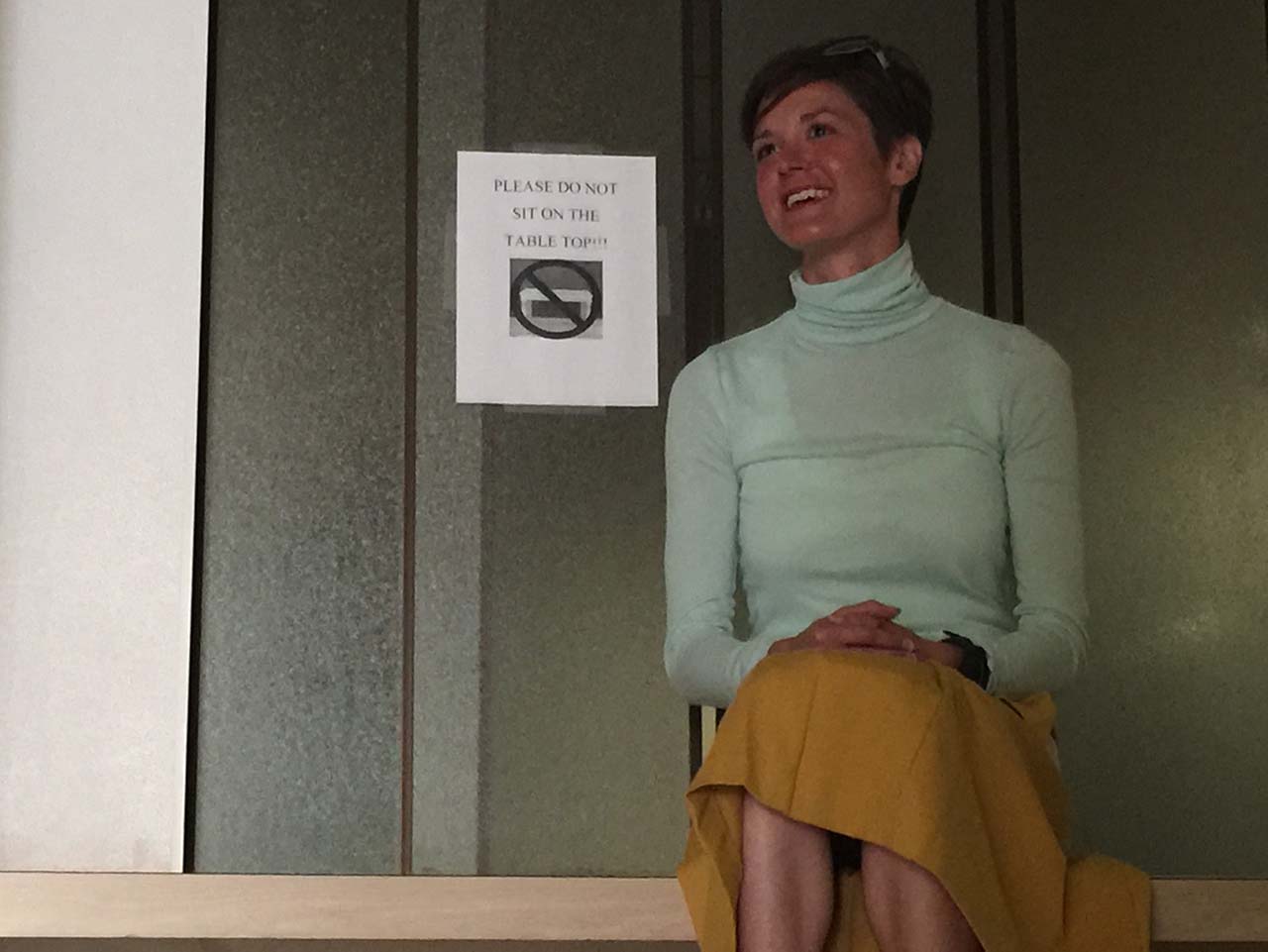 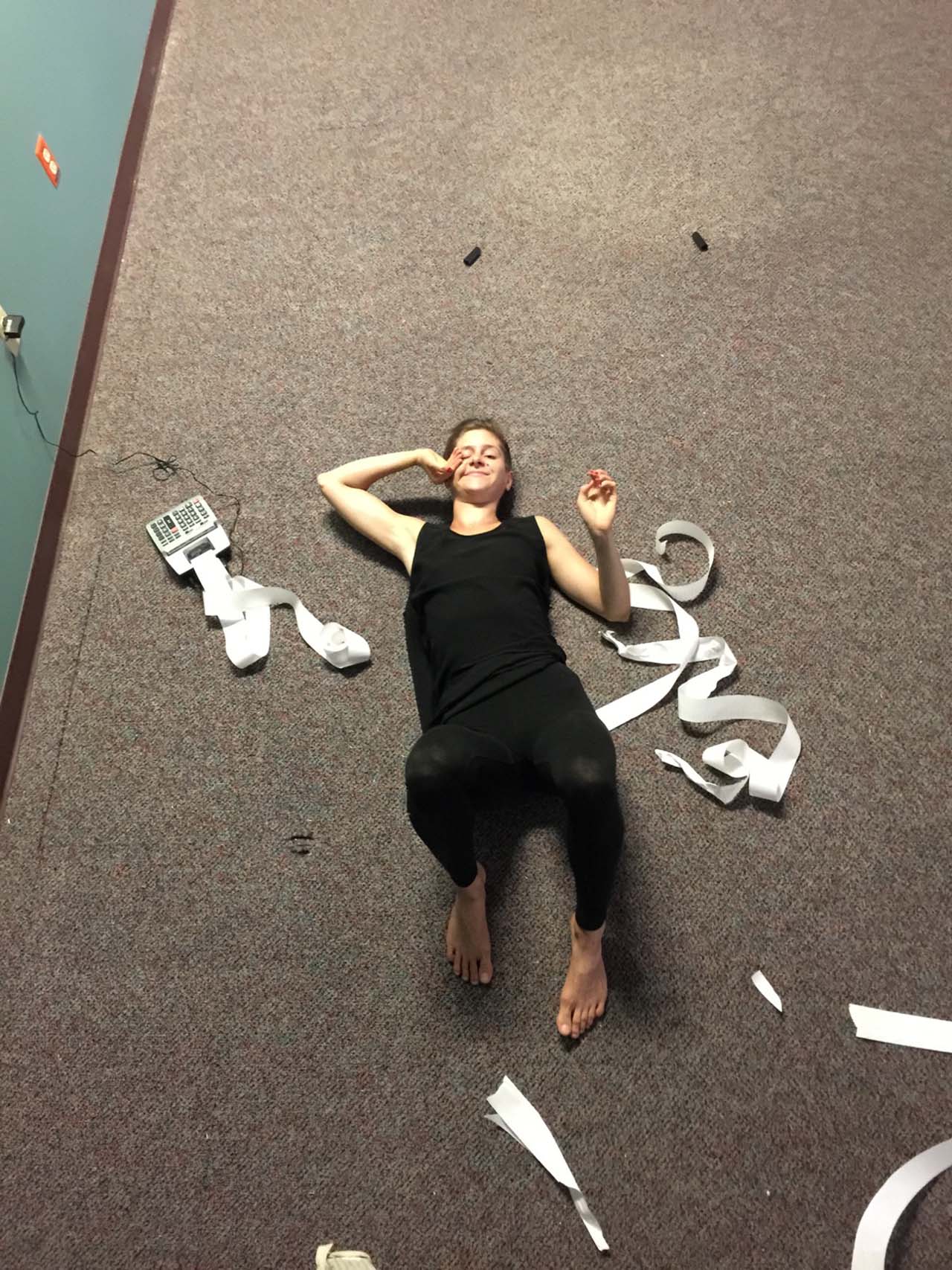 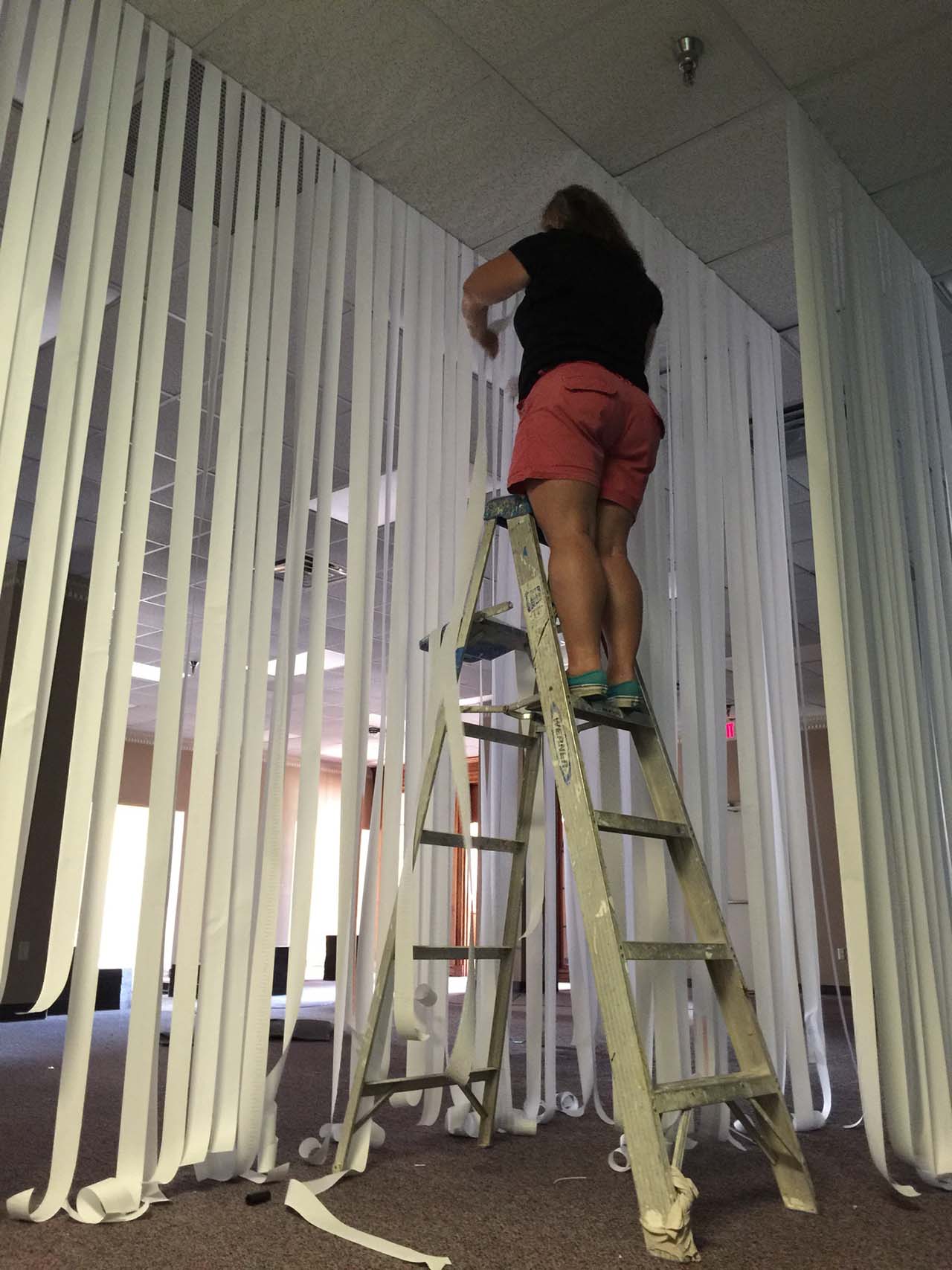 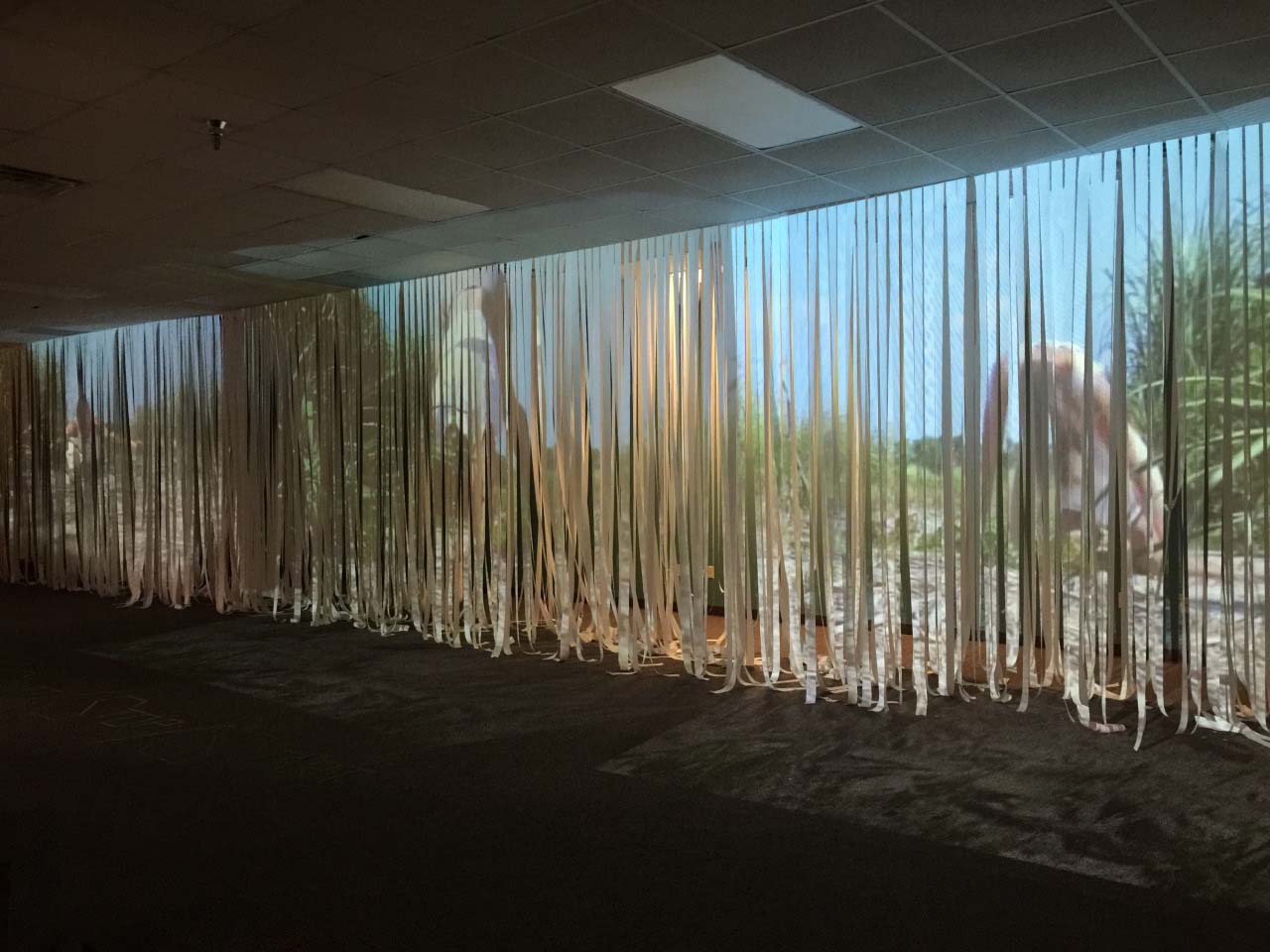 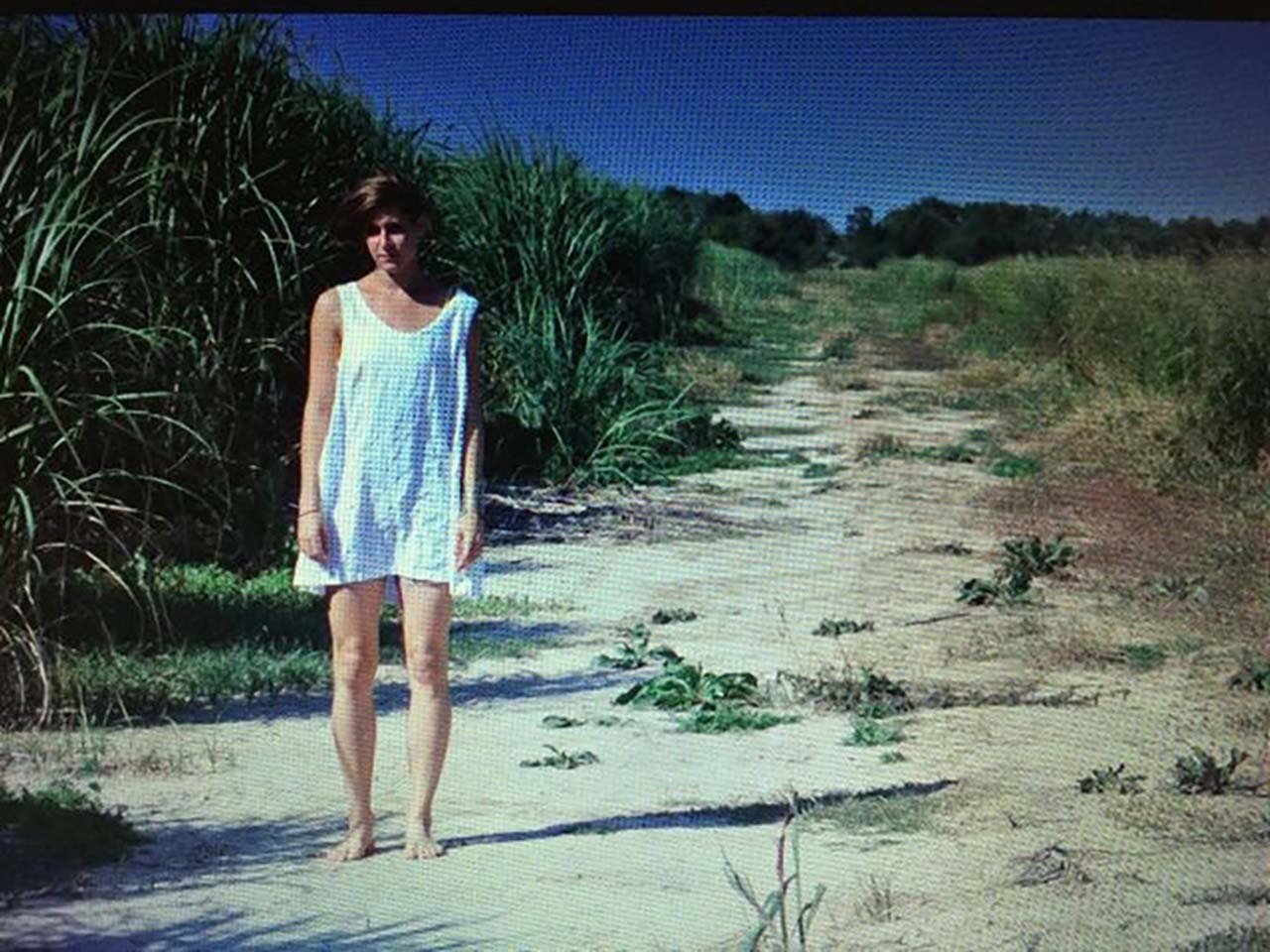 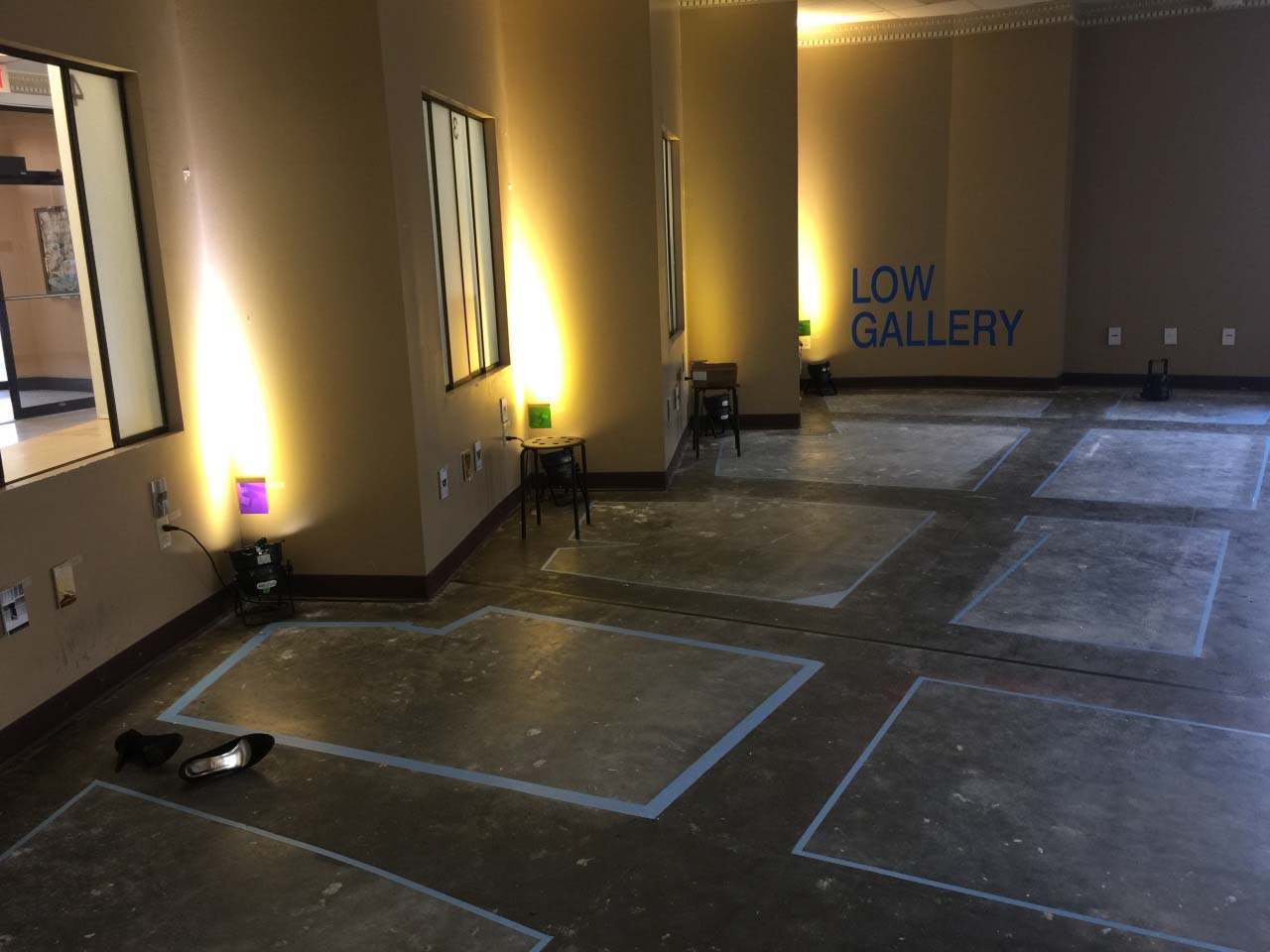 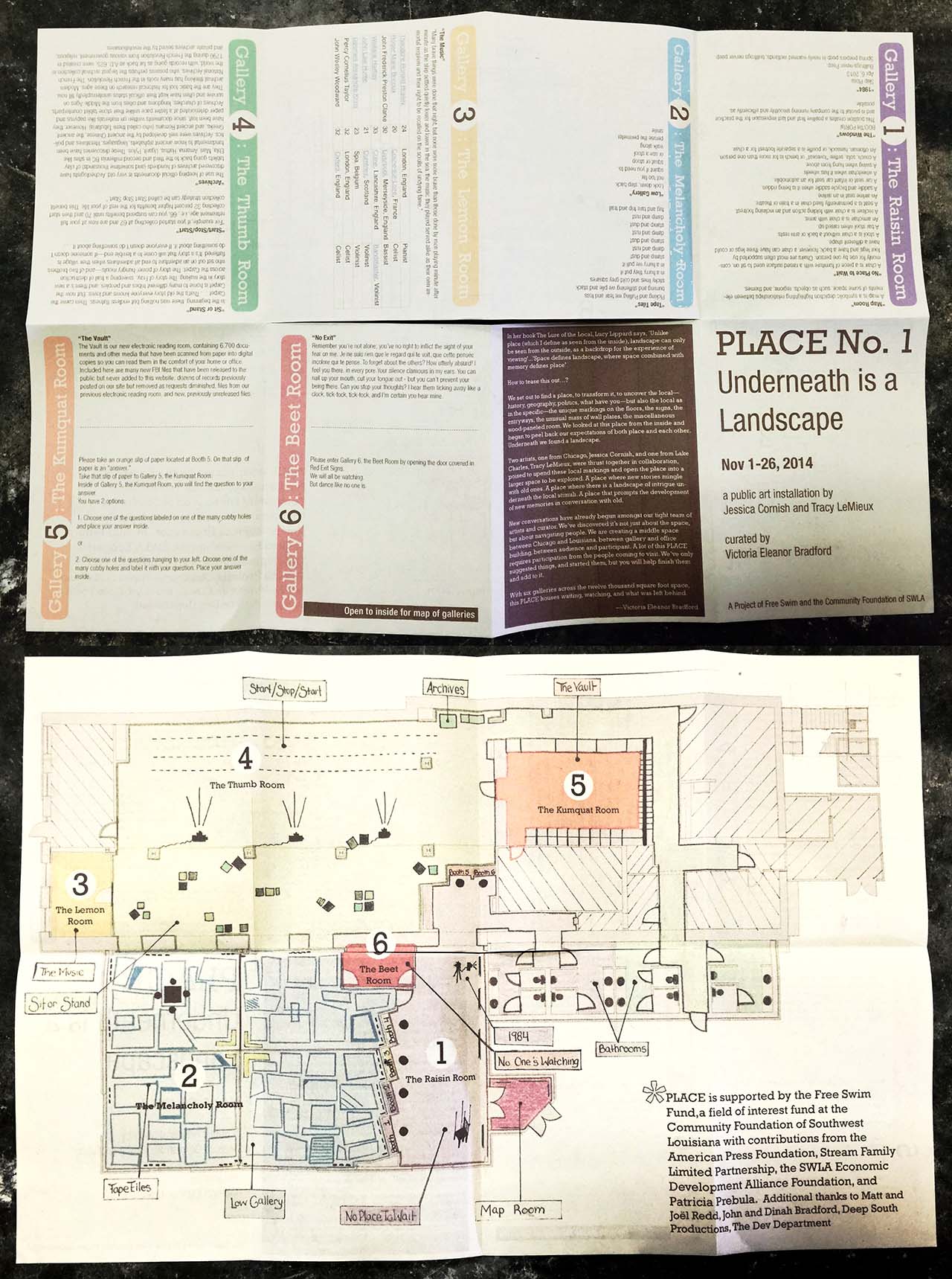 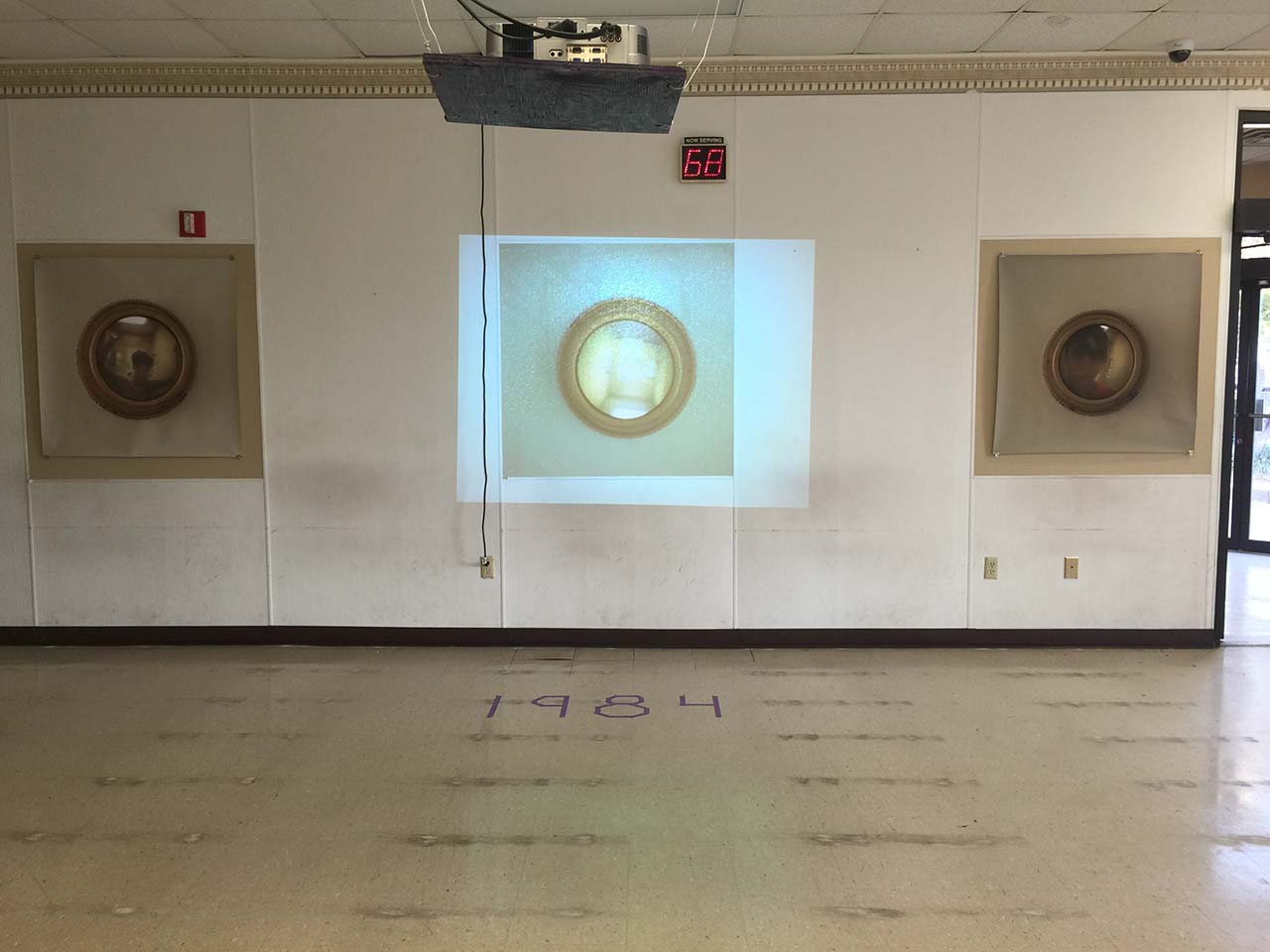 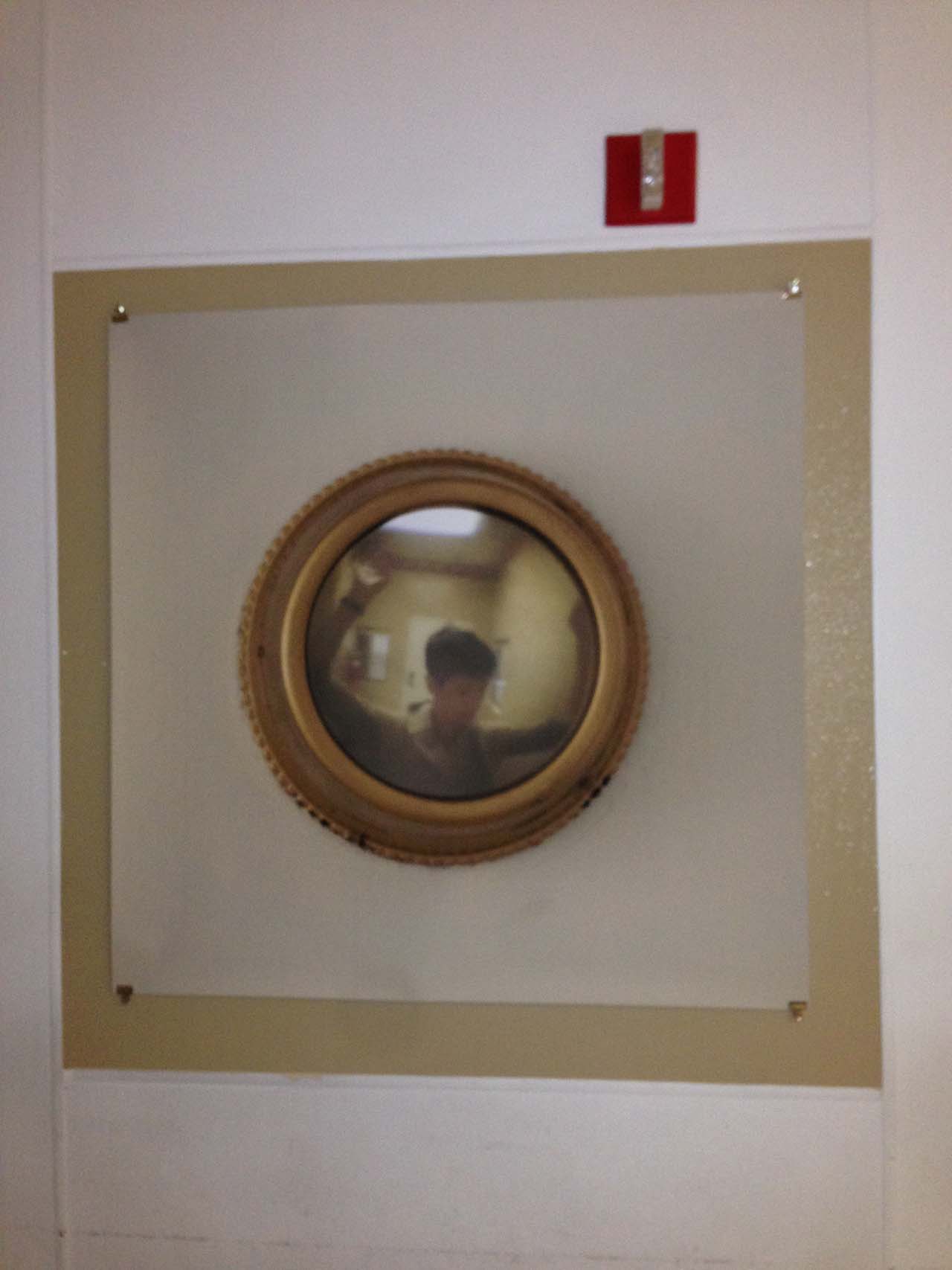 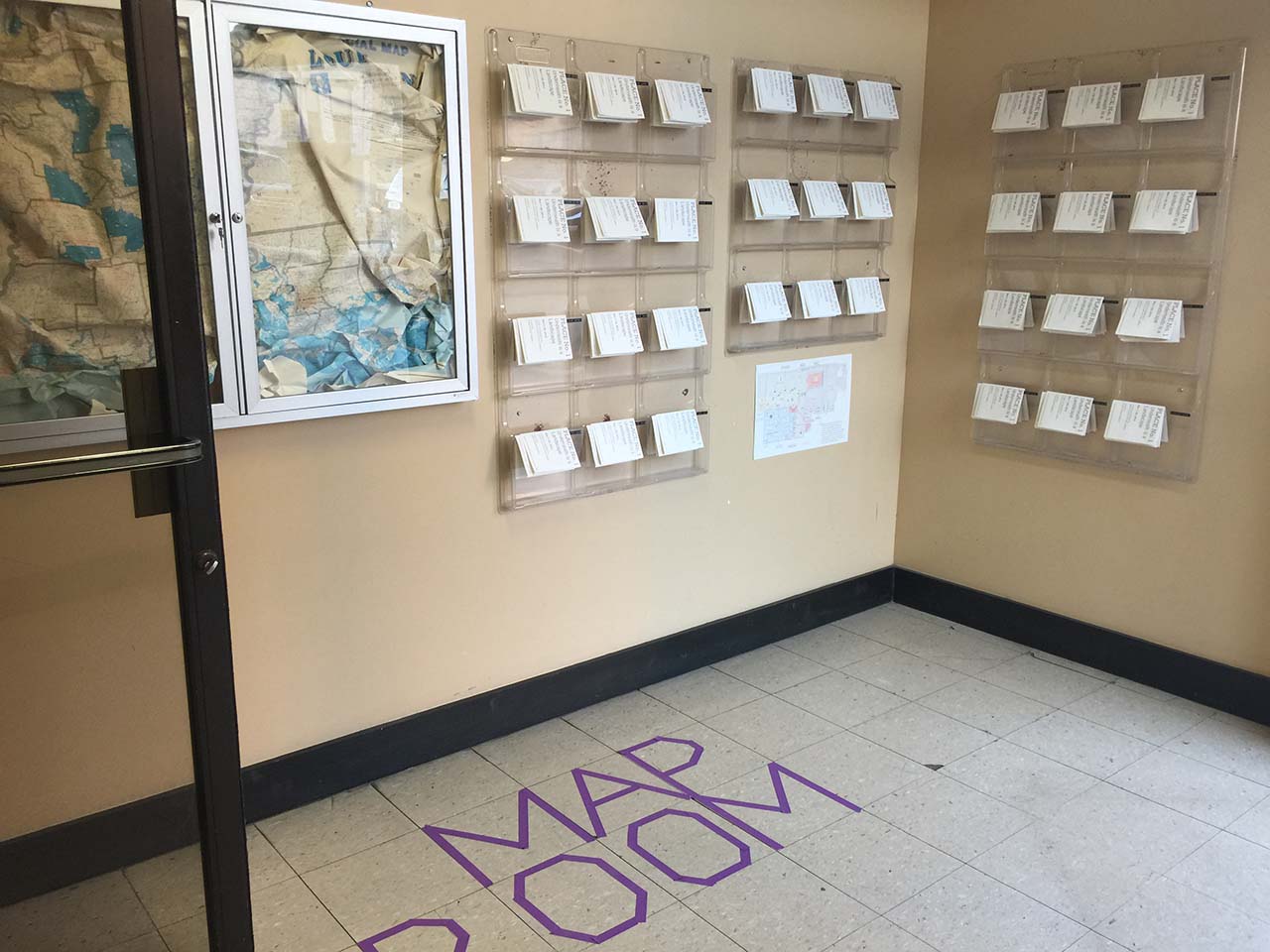 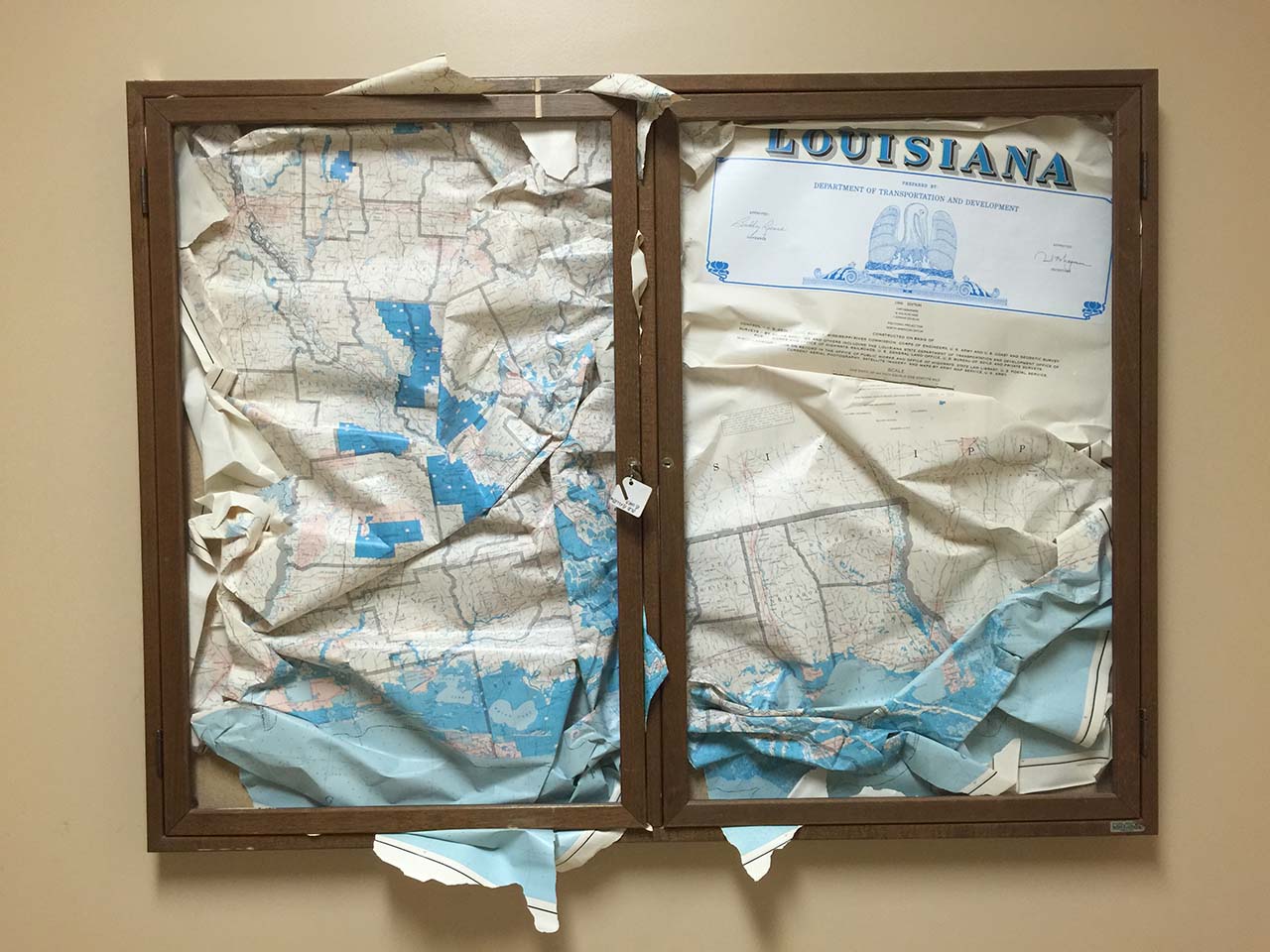 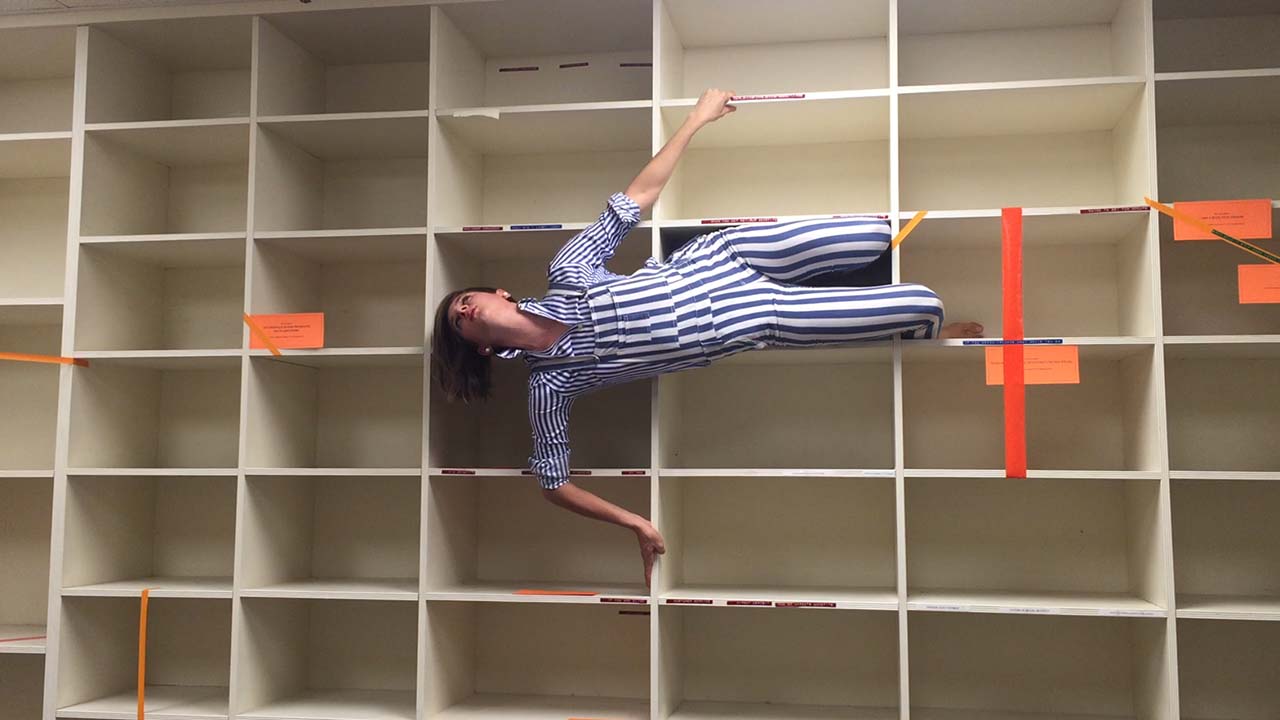 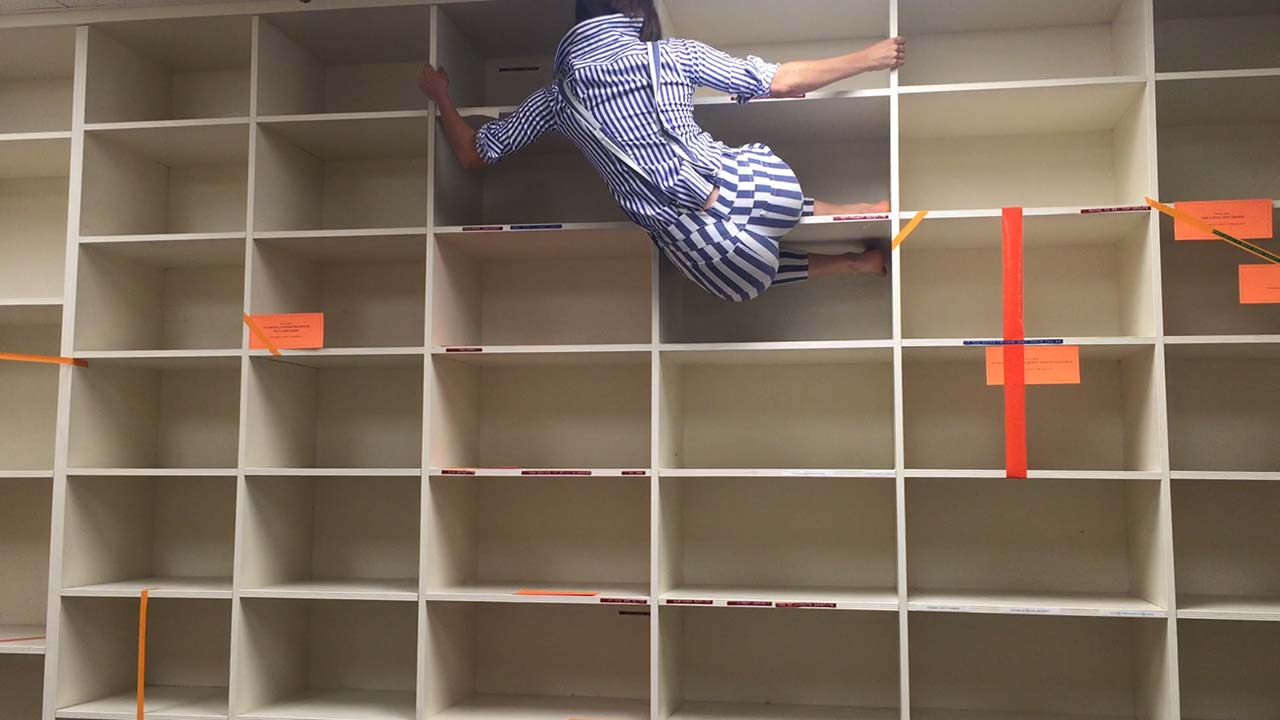