The “voice” of Abby Smith is a story written in response to the Relay of Voices interactions. Abby Smith is the local librarian in Crosby, Minnesota and spent several hours with collaborating artists Victoria and Tom Styrbicki on Sunday, July 21, 2019, the thirteenth day of Relay travel down the Mississippi River. This story, amongst those of other voices of the river, was performed during the Relay at various community events.

Meet Abby Smith—24 year-old local librarian. Left her home town of Crosby, MN for college some years ago thinking she would never come back. And yet, here she is, welcoming us in to the library, closed on a Sunday afternoon, brimming with pride about the work she does in this community and the lineage it comes from. You see, her grandmother was the first librarian at the Hallett Memorial Library, retiring in 2006 at the age of 88, followed by Peggy Besaris, and finally followed by Abby this past January. Thanks to her grandma as librarian and also living just three few blocks down the same street, Abby basically grew up at the library. She started checking books out when she was eight and worked part time there when she was in high school.

She didn’t envision being the librarian in Crosby quite this soon. Rather, she thought she’d end up coming back eventually. Abby says she’s not disappointed to be making her life in Crosby. To explain, she tells us about her brother out in California who she only gets to see every so often, but another brother who lives just next door to her parents in Deerwood who she sees nearly every day. She’s opted for being part of the every day family contingency.

Now for the story of 306. Abby grew up in a house down the street from the library. She refers to it simply as “306.” It was a miner house in the early 1900’s and they used only numbers to identify them. Her great grandparents Iner and Lumpy lived in 306. Iner was a miner—that’s right, get it out of your system now, just like we did, “Iner the miner” and no it’s not a children’s book yet. Although we did encourage Abby to take up the pen and write it out. At some point, Abby’s father Pat bought 306 from Iner and Lumpy and with his wife raised Abby and her siblings there. This is not the end of the story for 306 however, as we are just entering into the plot of the great house swap. When Abby’s mother Judy’s parents Jack and Jonette were getting older, 93 and 94 years old, struggling to go up the stairs in their country home in Deerwood, the two families swapped homes, so that now Jack and Jonette live in 306 and Abby and her parents live in Deerwood. The swap is slated to for another round now that Abby is back home, with Jonette insisting that she and Jack return to Deerwood to live with her daughter, so Abby can take over 306—just a stone’s throw from her new job at the library!

The story of 306 is a kind of variation on the “family land” theme we keep running across in our interactions with people along the river. Less land involved here, but family and place at the center. I asked Abby if 306 was a very desirable home, and she said not so much in any traditional way, but in a sentimental way it’s everything. We talked a little more about the library itself, the programs that focus on children—making it less hush of a space than a typical library. We saw the tree named Iner after her great-grandfather and a reading nook and memorial to her grandmother. She told us how her grandmother didn’t drive, so her grandfather had to get her there every day for work as the librarian. Over time, after retirement, he ended up volunteering at the library, and eventually they gave him an official title and a desk as well. Both of them worked at the library into old age. After a thorough tour of the library, Abby took us over to 306 to meet Jonette and Jack, making sure we arrived before Jack’s scheduled nap time at 2pm.

We walked into 306 to meet a couple full of life and energy for being into their 9th decade of life. These two are painting, quilting, golfing, working on puzzles. They have an afternoon cribbage match of three games every day. Jo even does some weeding in the back yard, but almost fell over the other day so is considering paring back that activity. Tom spent a good while with Jack in the living room and I with Jo on the porch, and as we took our leave we could see the connection between Abby and her grandparents—a reason to be around, hear their stories, be as much in their lives as time will allow. Before we could get out the door, Jack pulled a $20 bill out of his pocket and hands it to Tom, saying, “Go get a hamburger!” What kindness and generosity from this endearing couple. And we made sure to get that burger in Brainerd at the Local 218, thinking of Jack as we bulked up for the next day’s trek ahead.

Abby’s plan for us was truly tied into her reasons for being in Crosby, as she next brought us out to Deerwood to meet her parents on their heavily wooded property along a golf course. However before we ran into any people, we were run into by a dog—the exuberant, golf-ball loving cocker spaniel-dachshund mix who apparently also loves licking legs sprayed with bug repellent! Truly, George could have taken over the interview, but thankfully, Pat and Judy were home and we sat down to visit with them for a while, learning about how they met each other. Pat was a rural mail carrier and Judy had caught site of him delivering her mail. She tried to stage an impromptu meeting at the mailbox but was foiled by a phone call, so she ended up finding reasons to mail letters that could only go out from the post office so she could find him there. It was a pursuit! And it worked.

Later that night at a communal dinner hosted by Jill and Paul Mattson, a thread of this conversation continued when speaking to Abby and another young woman, Bailey Swensen who runs a fitness program and coaches youth. The question surrounded the prospects for these young single women to find partnership if they want it. Both Abby and Bailey had a sobering look on their faces, and honestly admitted that the prospects looked dim at the moment. However, with all the new activity in the Cuyuna area—the bike trails and the recreation area—bringing in new life blood to the area, they were still hopeful. Abby said earlier in our time together, while still at the library, that getting to know the patrons—the personal connection she is building in the community—is the most important and meaningful part of her work. She is positive, creative, and giving back, as are the many others we met here. Good things—and perhaps also love—are coming to Cuyuna Lakes, if it’s not already there! 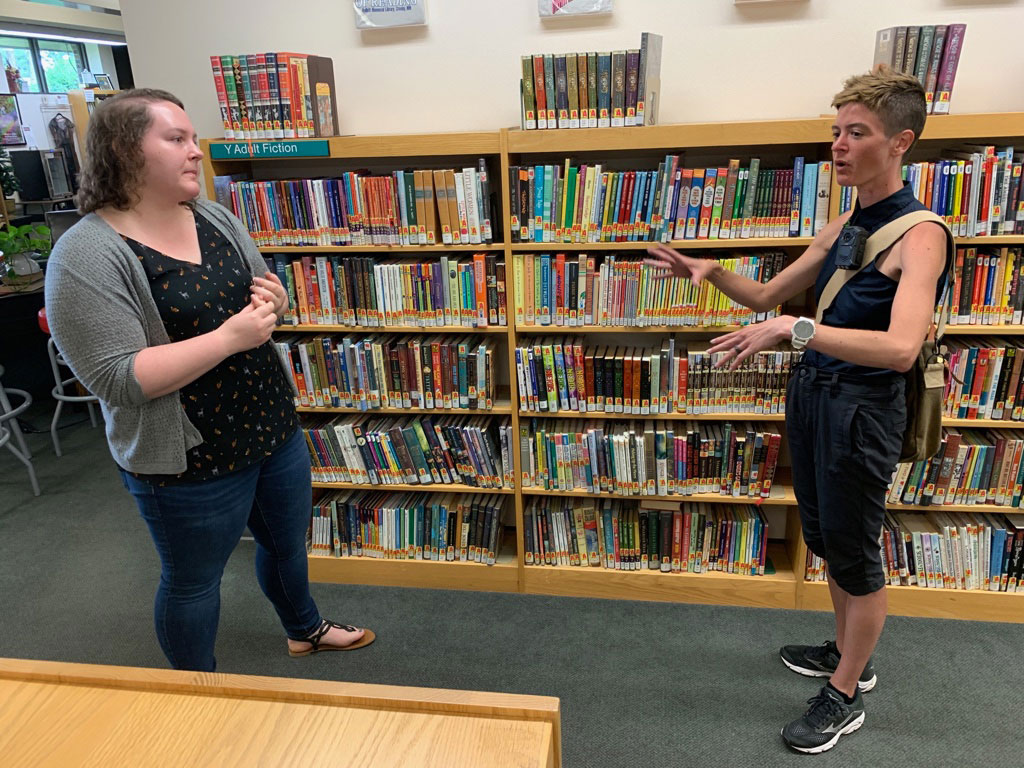 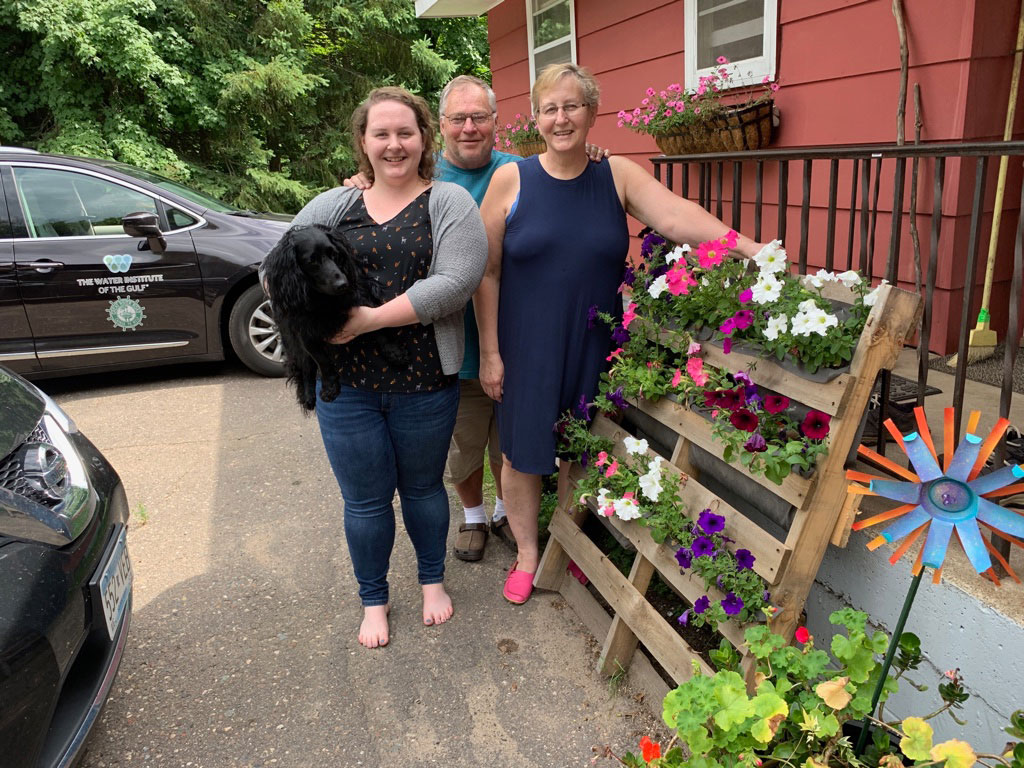 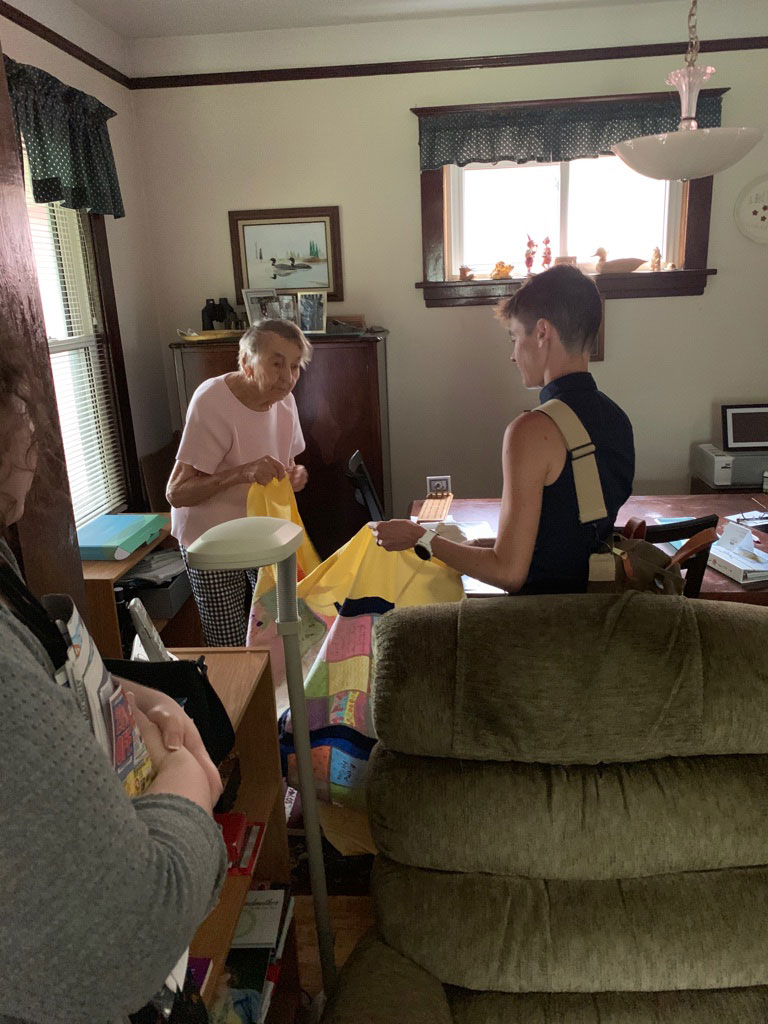 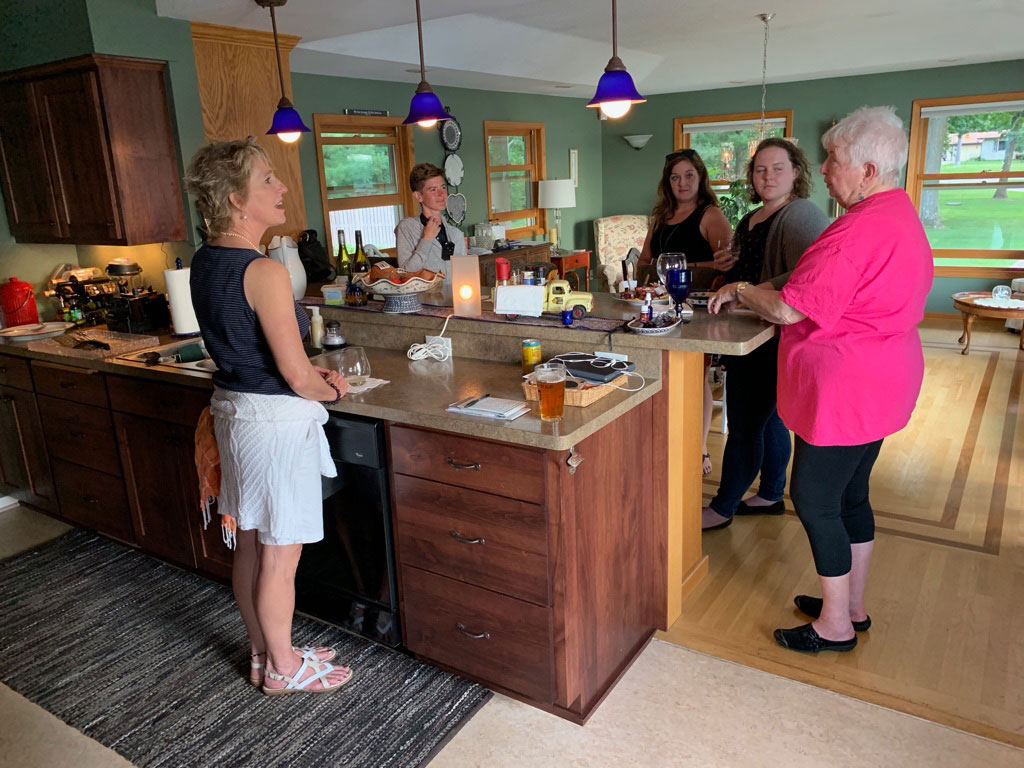