The “voice” of Fred Leonard is a story written in response to the Relay of Voices interactions. Fred Leonard is a local State Farm agent and member of Old Saint Paul Missionary Baptist Church in West Memphis, Arkansas and spent several hours with collaborating artists Victoria and Tom Styrbicki on Sunday, September 22, 2019, the seventy-seventh day of Relay travel down the Mississippi River. This story, amongst those of other voices of the river, was performed during the Relay at various community events.

Now at this point we are only about ten or fifteen minutes into a service that would end up lasting nearly two and a half hours… the spirit filled the people and the room many times over through preaching, singing, exclaiming, and a kind of rapture that many of the church members fell into just before the “spoken word” section of the service. The scripture meditation today was focused on the story of Job—how he fell down and worshipped the lord when everything was taken from him… How even in our best days, the worst can befall us, and we should not curse the lord in these moments. Instead we should look to Job and continue to thank god for what little or what nothing we have. We came to the earth with nothing, and we will leave with nothing.

You can be sure this was not a staid, straight forward bible reading, of course. This was a call and an affirmation, an “Amen” and a “Hallelujah,” a “God is Great… is Great… is Great… is Great” with the build and repetition that wrapped the congregation in the word and message, into deeper faith and communion with each other and their good friend Jesus. The words “thank you” were also said so much during this service—thank you to god, but also thank you to each other and the community, to the family and friends who joined in on this special day, just so many thanks in this special place. We were thankful to share in this experience.

The service ended without a song or big to-do. Everyone just began to scatter, but of course talking and grouping up, perhaps planning their afternoons together. We luckily ran right into Fred Leonard at this point. Fred says he’s originally from Little Rock, Arkansas, but was born in a little town in Southeast Arkansas called Warren. He was only there three months, because his parents soon after moved to Little Rock. They were originally from this area Southeast near the Mississippi River.

He’s worked with State Farm Insurance for nearly 25 years, and his journey with the company led him to an executive position in Nashville. But when Fred turned 55, he wanted to have a personal touch with the community again. He could have gone anywhere he wanted after his work as an executive, but Fred thinks he was just directed by god to West Memphis.

Did he know what he was getting into? No, he didn’t know all the dynamics. He had driven through several times on his way from Little Rock to Nashville. A year before he decided to move, he started taking the exit and driving around some of the more blighted and struggling parts of the community. His granddaughter would ask, “Why we driving around here?” Fred would say, “Just looking.” She’d ask, “Are we moving here or something?” He’d say, “You never know….” A lot of people don’t understand it, Fred says, and while he understands it, he also doesn’t….

As we walked out of the Old Saint Paul Missionary Baptist Church together, we asked Fred the two questions we ask everyone on this journey. Number one, What makes this place home? His response—the work that’s needed in the community, that he’s willing to give of himself and try to make it a better place and not just for himself but for everybody. There’s a lot of work to do in this community, according to Fred. “If you’re looking to help people, then West Memphis is a good place to be.”

So then we get to the second question we ask. What is the one thing you would change about your community? According to Fred he’s already working on this. To expose and teach, and train others to be leaders in the community. This work is in every board Fred is on, in every word that comes out of his mouth, in the Church he worships at, in the relationships he builds with his business. He ran for Mayor this last year, didn’t win, but said god told him to do it, and he had to follow the path to see where it led. He’s on god’s path, from all accounts, and he sure is doing good. This is the first time someone has told us something they wanted to change and they were already working on changing it. I’d say Fred is right, West Memphis is the place to be if you are looking to help people, if you are looking to be a part of change. 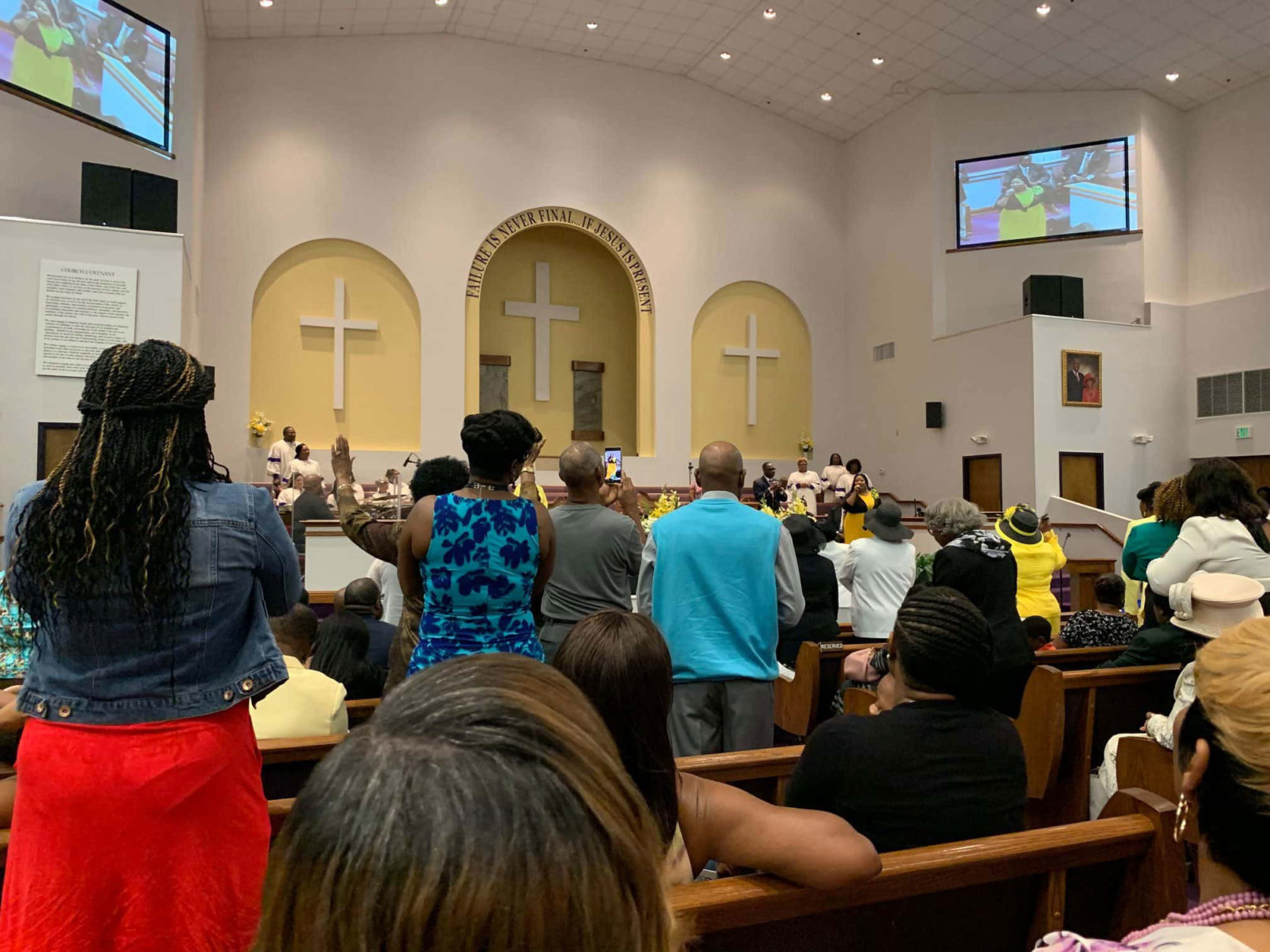 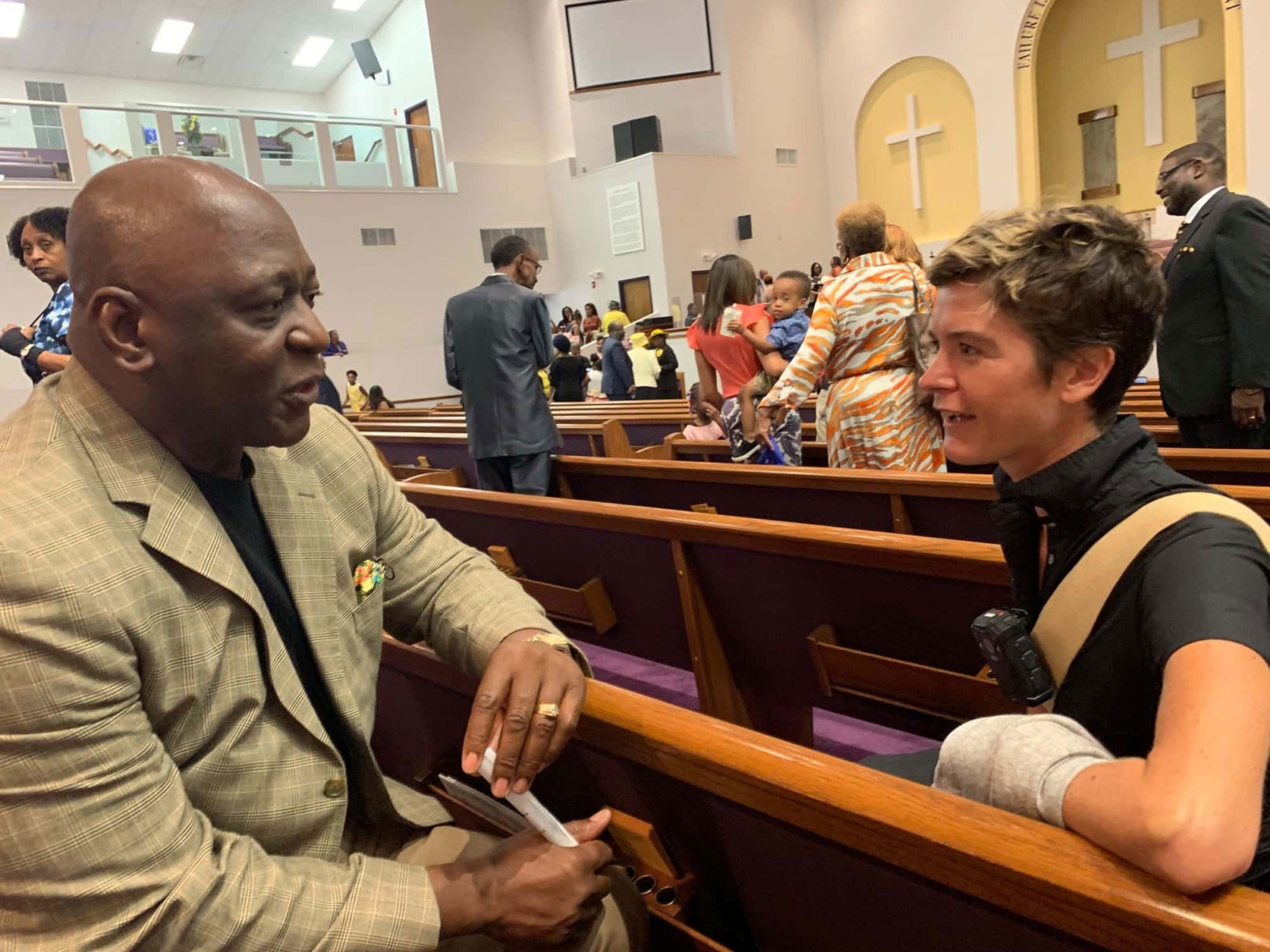 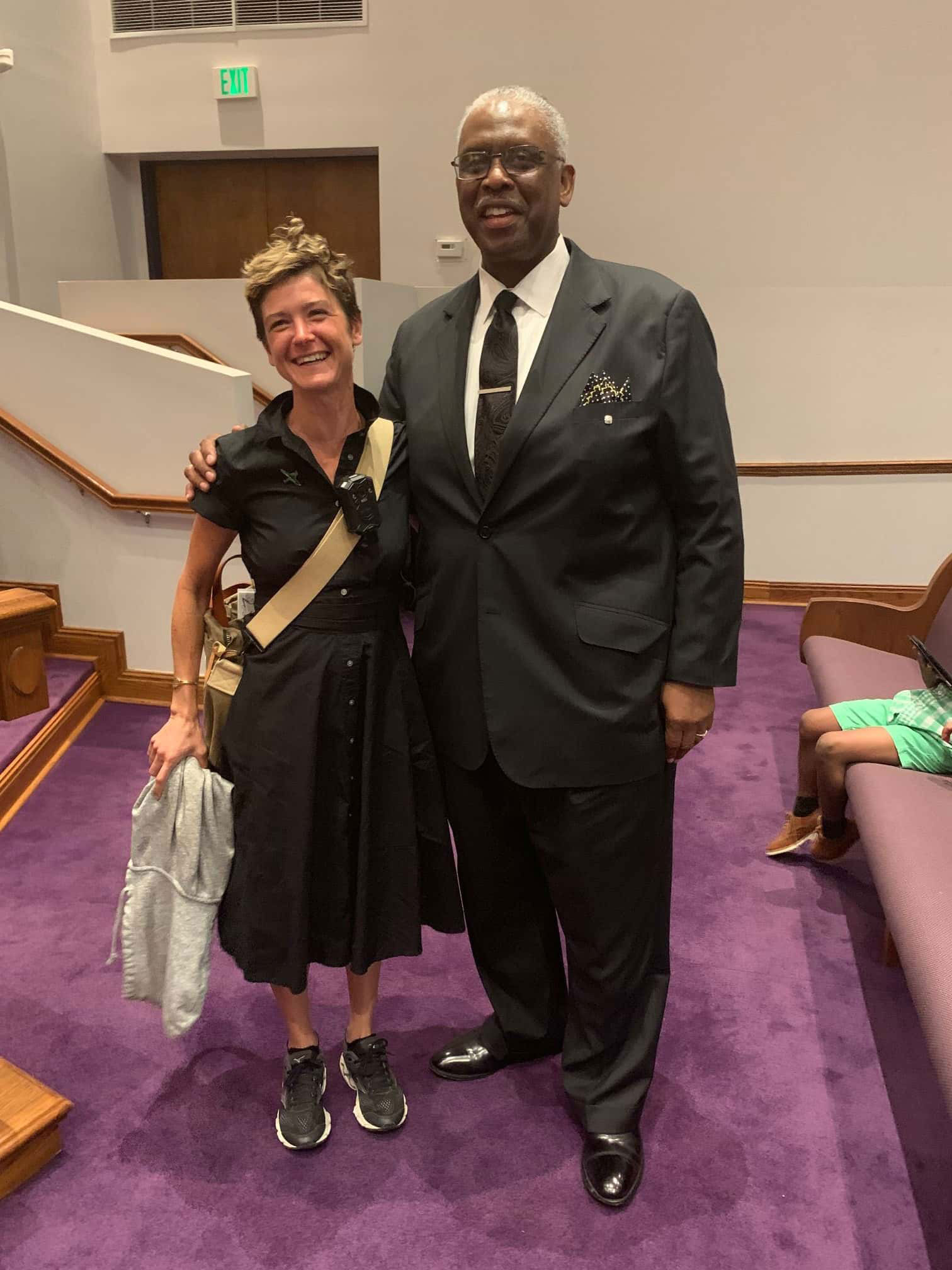 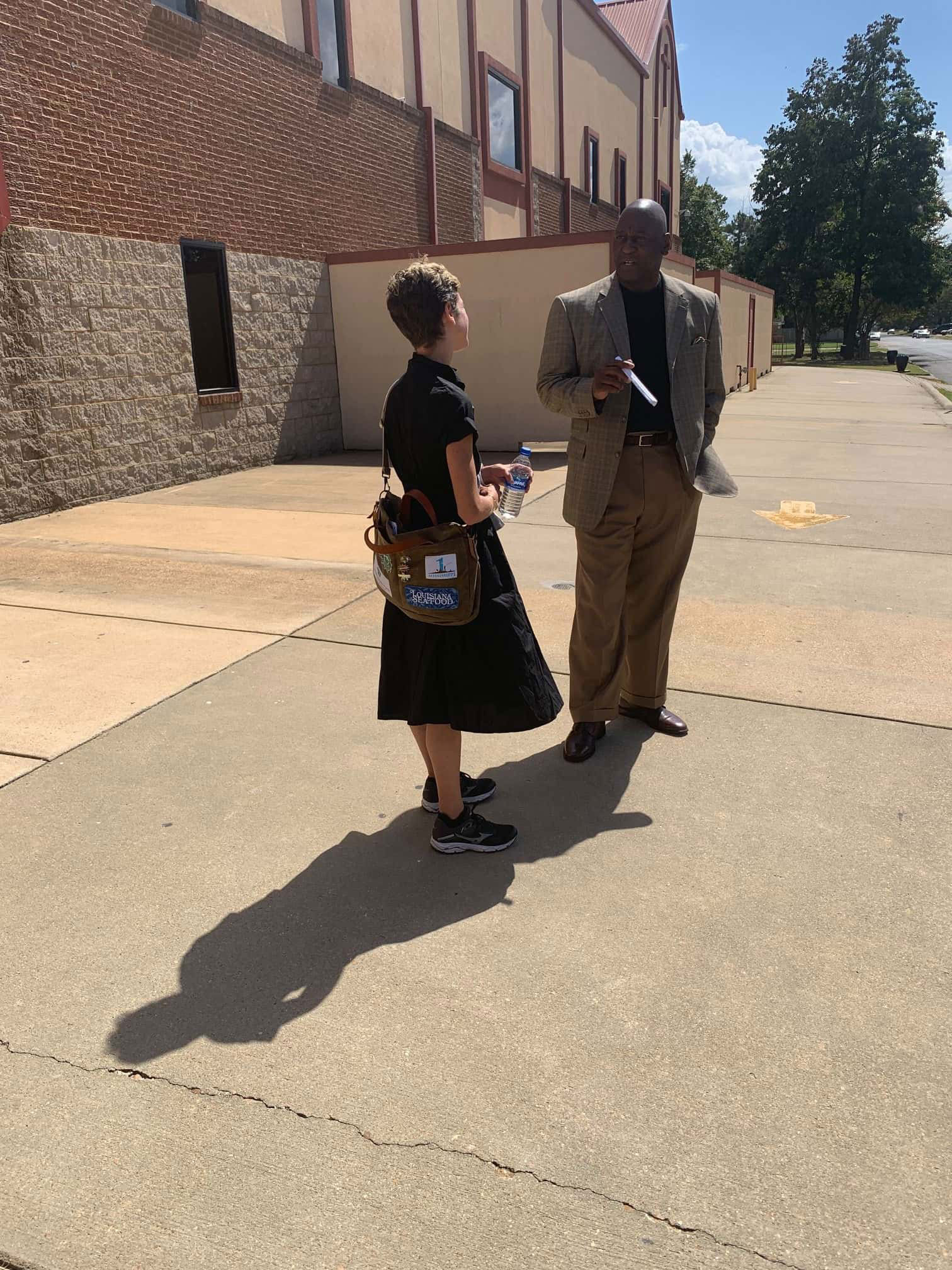 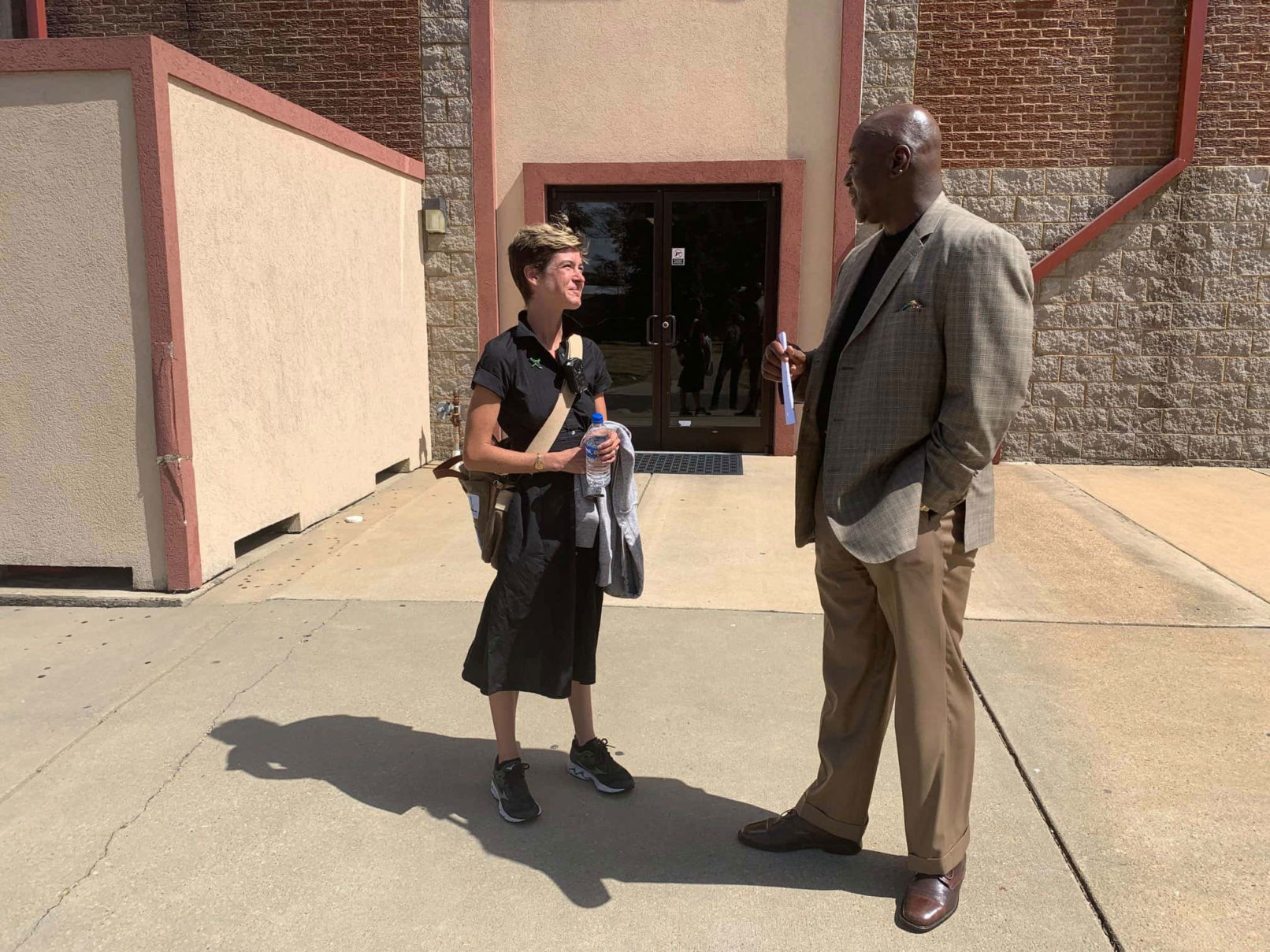