The “voice” of Sally Fineday is a story written in response to the Relay of Voices interactions. Sally Fineday is a local member of the Leech Lake Band of Ojibwe in Cass Lake, Minnesota and spent several hours with collaborating artists Victoria and Tom Styrbicki on Friday, July 12, 2019, the fourth day of Relay travel down the Mississippi River. This story, amongst those of other voices of the river, was performed during the Relay at various community events.

Sally Fineday, born 1962, born and raised in Cass Lake, Minnesota on family tribal land. A member of the Leech Lake band of Ojibwe who has left home and returned multiple times out of a calling to serve her people. Sally’s Ojibwe name, Oshikawebie, means “one who crosses over,” and while the spiritual sentiment is inherent, I couldn’t help but recognize that the elder who gave her this name must have known she would also be crossing over the divide between native and non-native through the work she would do in her life and career.

Our afternoon with Sally began at Norway Beach Campground in the Chippewa National Forest—held in trust for the Leech Lake Band of Ojibwe. We set out in Sally’s SUV driving through the forest lands, crossing over the Mississippi River on our way to her family’s tribal allotment. As she told us about her four brothers and sisters and extended family, showing us this rural outcropping, somewhat poverty-stricken, the struggles of the Indian community entered the conversation.

She explained how her father refused to teach her the Ojibwe language, saying: “This world isn’t ours anymore. You’re going to have to learn, get educated. This is the white man’s world now.” How when the Depression hit in the 30s, the Indian community was not affected—feast or famine was a way of life for them always.

While not versed in the Ojibwe language herself, Sally tells a story to describe a thing, just like the language does. She explained how her father and his brothers would be outside talking in the language and she would wonder what they were saying. Simple phrases like “pick that up” mean different things when said with spiritual language verses everyday language. There are moments in Sally’s presence where you feel like she is speaking in spiritual language with the weight of her presence, intonation, expression, sweeping gestures, and even simple, glistening smiles.

Much of her story, and this place reminds me of a place far downriver. Perhaps in Sally’s ability to crossover, her story has crossed over to that of a non-native, my mother, who lived on family land in a small village on a river inlet in Louisiana, Bayou Lafourche. Like Sally, my mother was ignorant to the men speaking Cajun around her, never learning her ancestral language, and also like Sally, my mom was bussed to a larger school that prepared her for living in the world today.

But Sally’s ability to cross over is also what lead her to reconnect with that spiritual side of her ancestry, to come back home, to rediscover who she is as Ojibwe. At age 28, while working for the Urban Health Board in Minneapolis, she looked at her hand, saying to herself, “this is the hand of a Native American Woman—I have no idea what that means. Well shoot. I better figure that out!” So from then on she’s been studying and learning to figure out what that means. And she recognizes that alot of people up in Leech Lake don’t have that chance—to learn about how the federal government took the land and made these treaties.

Much of these stories were told as we rode with Sally out on her boat on Cass Lake after driving along the Lady Slipper Byway through the Chippewa National Forest. The day seemed to go on and on, never looking at our watches, just soaking in the sun. There are not enough minutes now to type out all that was shared and felt.

One of the most beautiful sentiments shared, as she explained her getting kicked out of history class for denying the bearing strait story, was the Ojibwe creation story. Turtle Island, North America. The turtle, the otter, and the smaller animal that she couldn’t remember the name of were swimming together in the waters where North America is now, and said we should make some land, there’s no land here. They each got a chance to dive deep to get a bit of the ocean floor and bring it back up to make some land here. Finally the littlest of them, the otter, dove down deep to get some land and he was down for a very long time, they thought oh he’s not coming back, he didn’t make it, but he came back and he was floating in his back and in his hand was some land and that’s the beginning of North America.

And as for the beginning of man… “Because the Ojibwe lived on the east Coast, and there’s a shell there called the migas shell, a beautiful shell on about that big (and she holds up her hand making something of an OK sign to indicate the size of the shell between her thumb and her index finger). That is the one the creator gave to us and blew life into man with sand and earth and fire water all of that is inside of us. So that is how we became Anishinabe (Sp?) which means “the original man,” and it really means more than that, because it means the man that was brought down to earth. Ojibwe call all people Anishinabe. 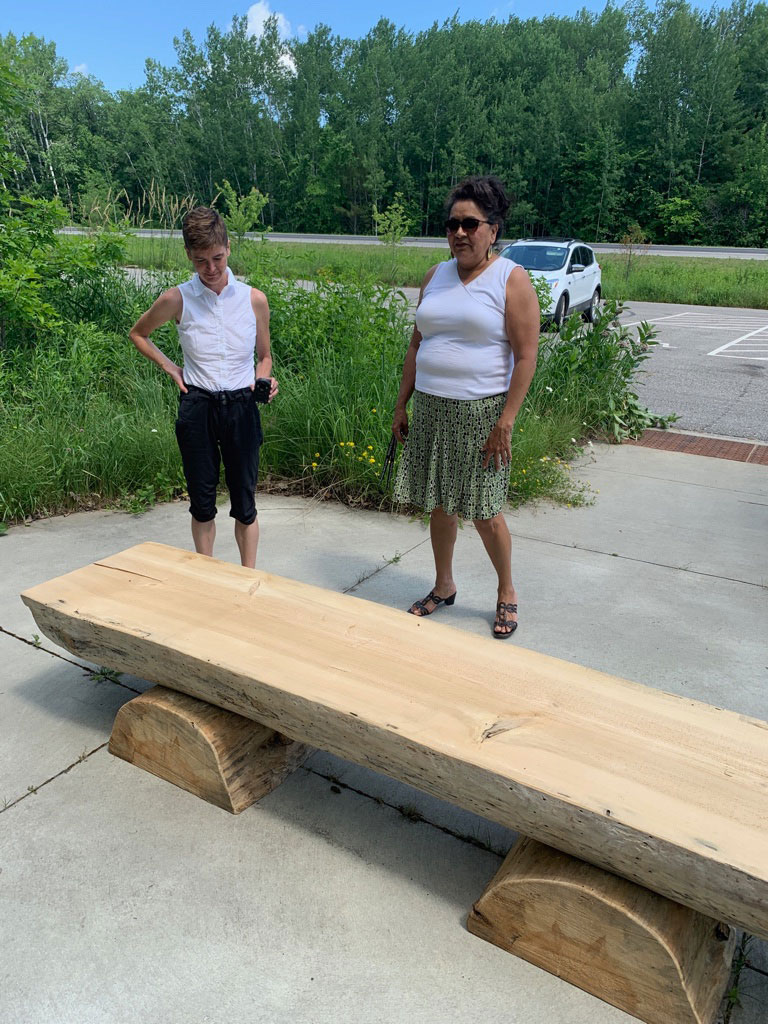 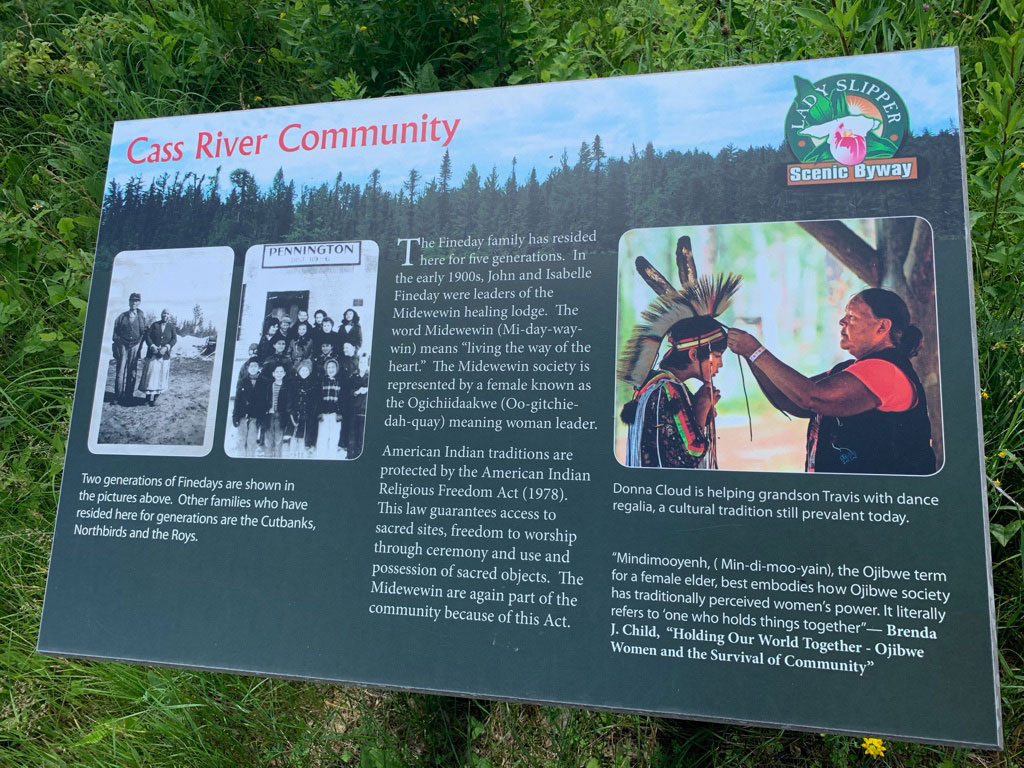 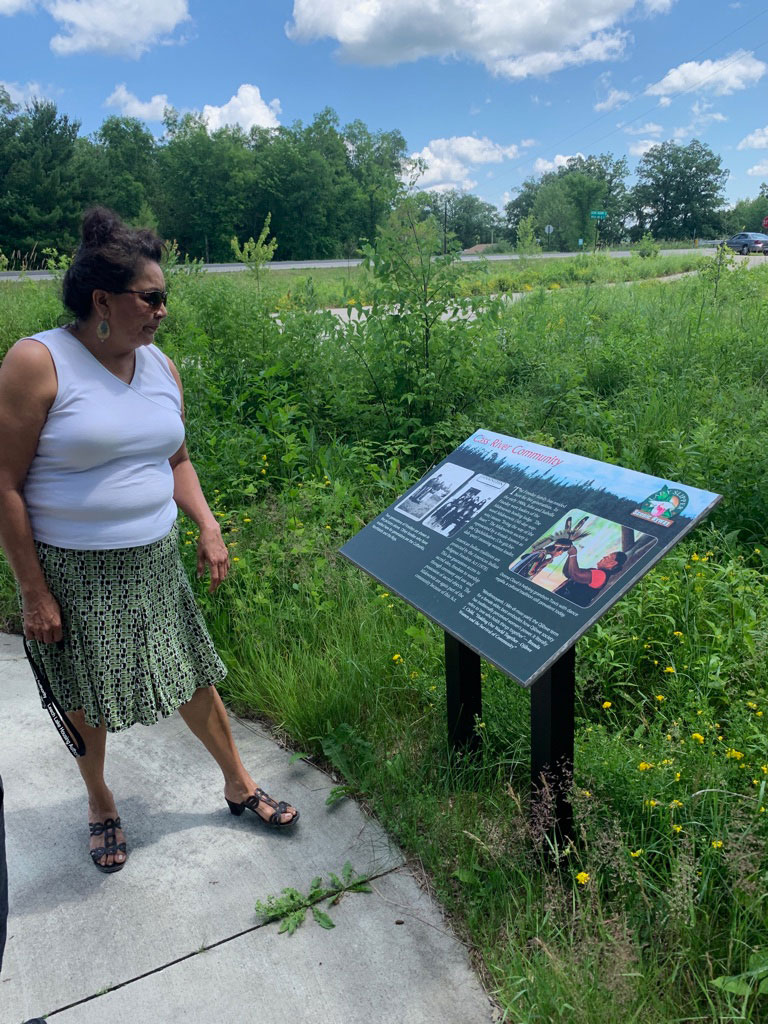 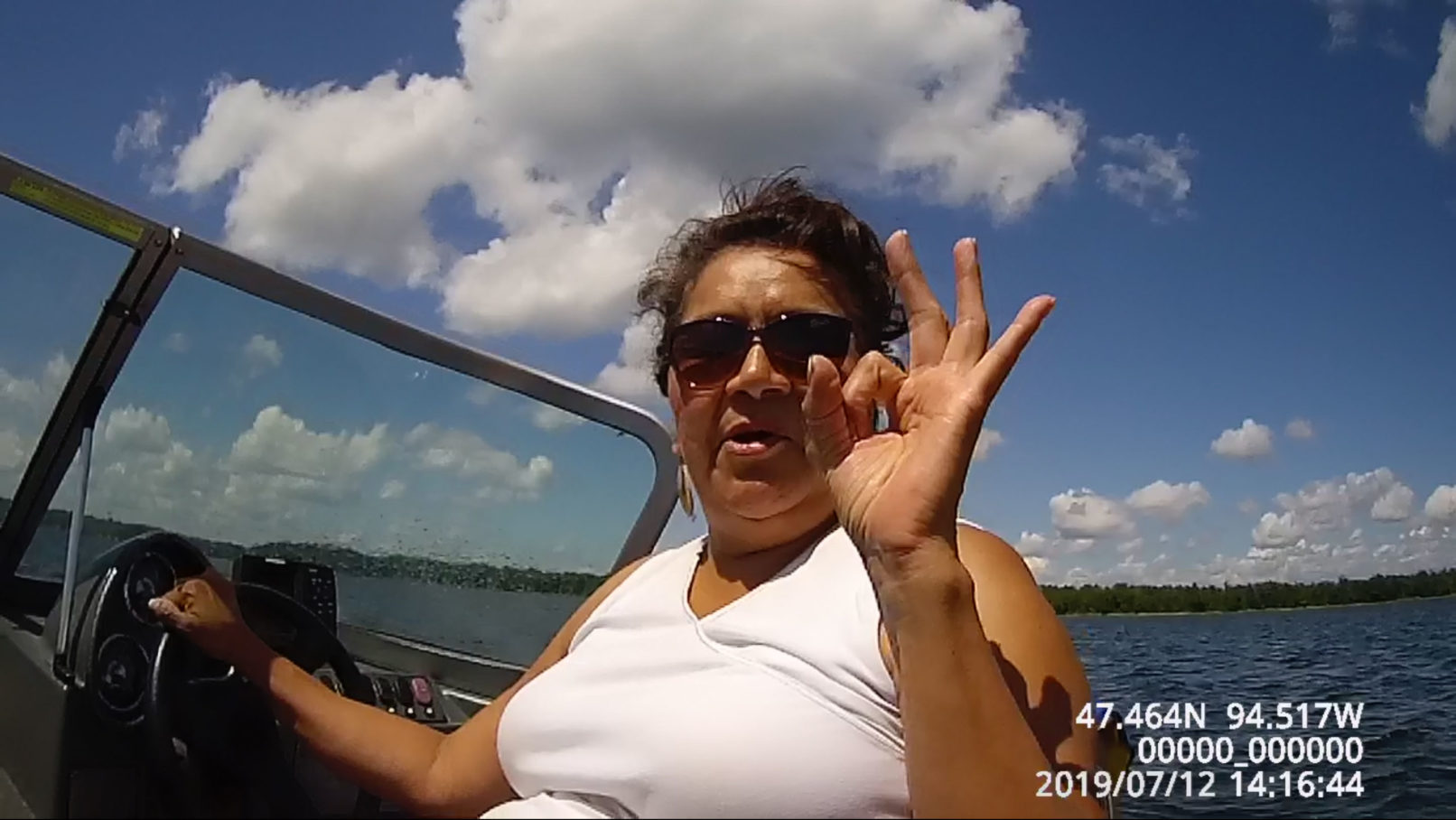 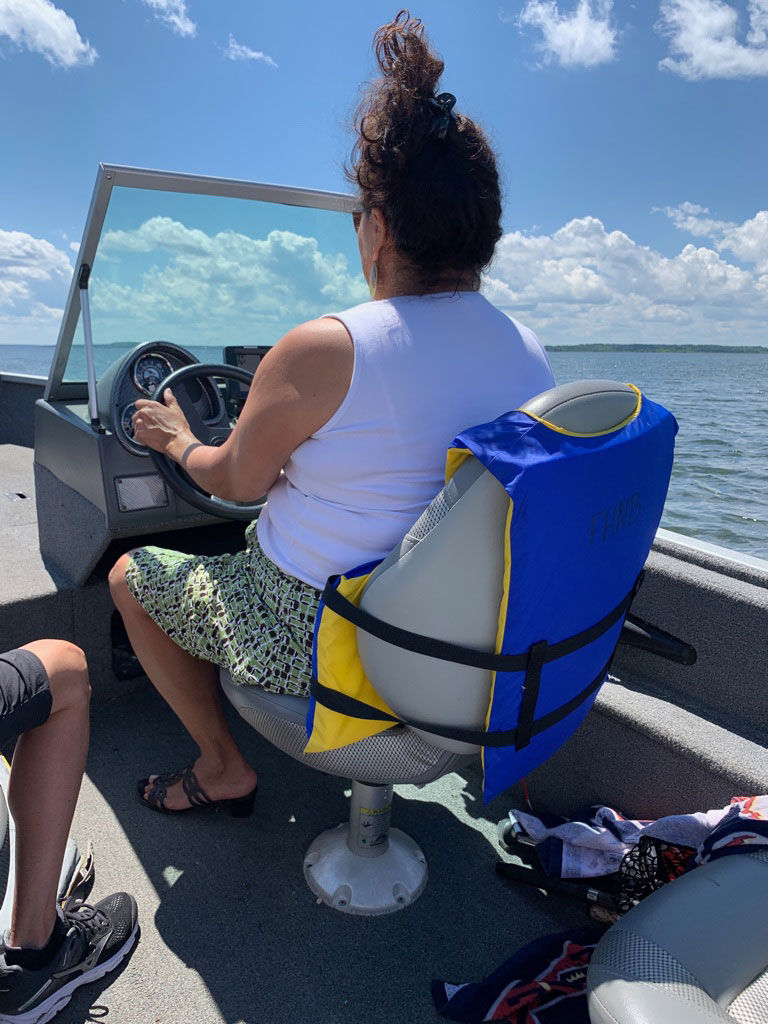