Running with Scissors was a performance that took place on May 30, 2015 at the deCordova Sculpture Park and Museum near Boston, MA, and created and performed by Hannah Barco, Victoria Bradford and Jessica Cornish as a production of A House Unbuilt.

Carrying forward the concerns of the two works by Hannah Barco included in the exhibition “Walking Sculpture 1967-2015,” this three person collaborative performance took on anovertly playful tone while exploring the rather existential gesture of carrying things. As trained performers
Barco, Bradford, and Cornish utilized the subtleties of balance, visual composition and comedic timing, to enrich the tasks in each of three sections of the performance for the gala.

Part 1 involved roaming performers during the cocktail hour; Part 2 consisted of a tableau in the loading dock hallway leading out to the dining tent; Part 3 was a finale in the dining tent taking place after dinner and
speakers. In this way the artists provided a vivid backdrop to the gala while enacting the theme of the exhibition: walking sculpture. 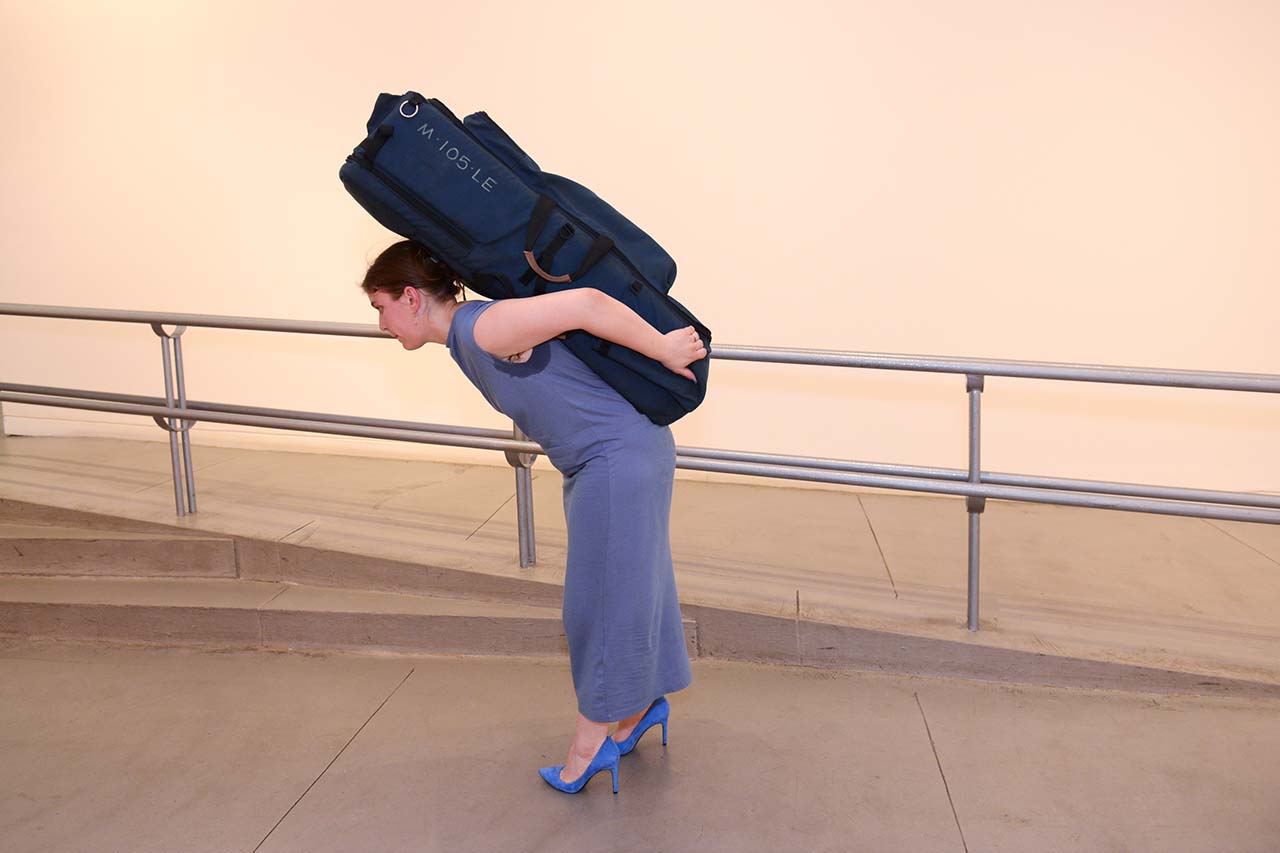 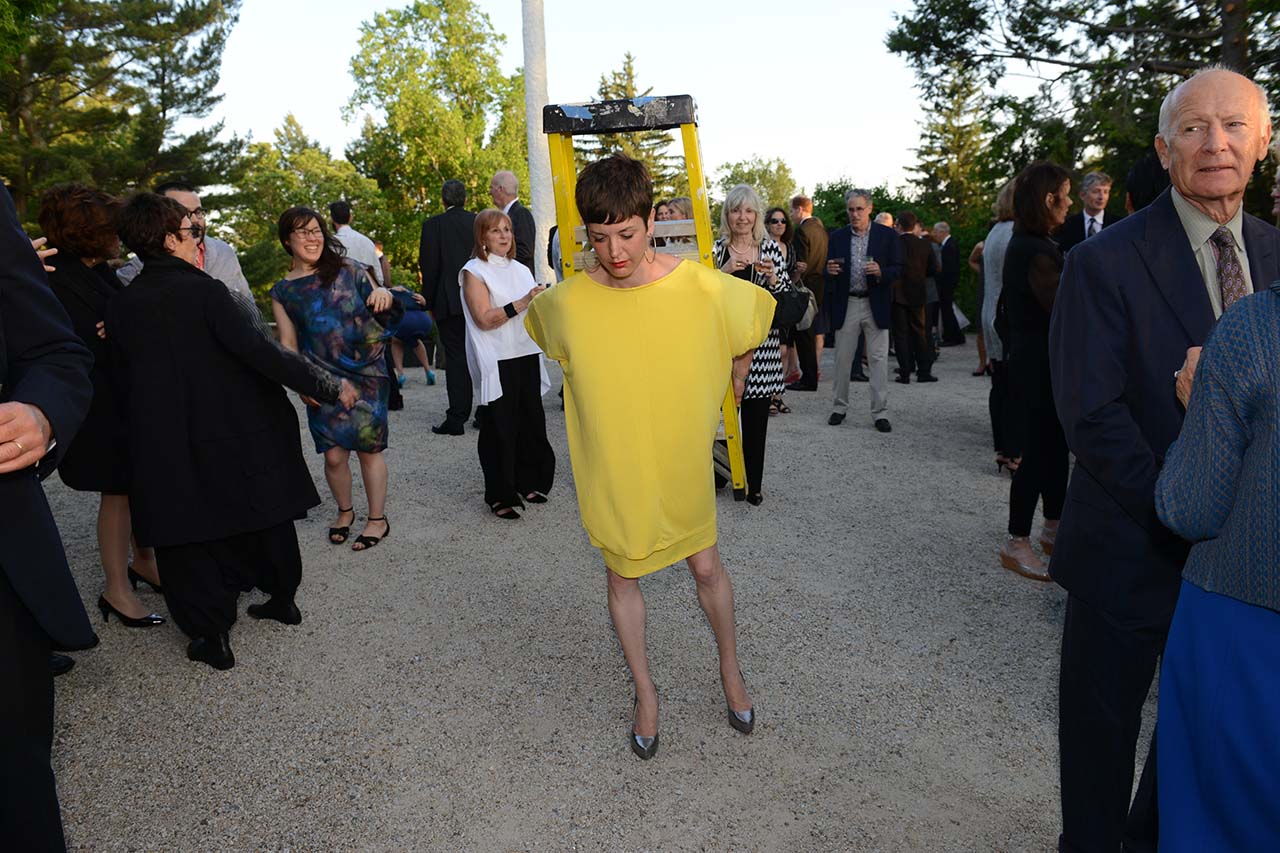 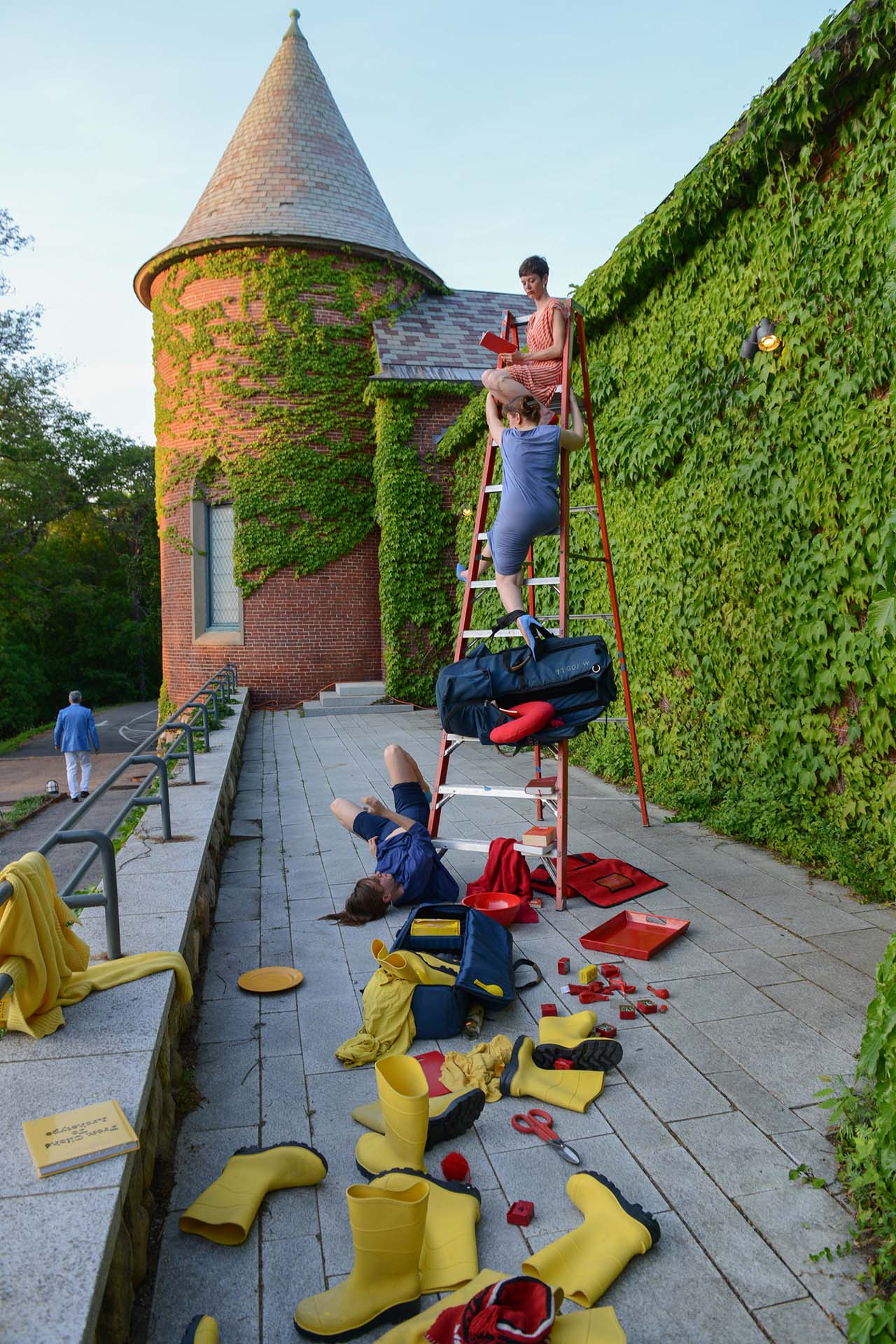 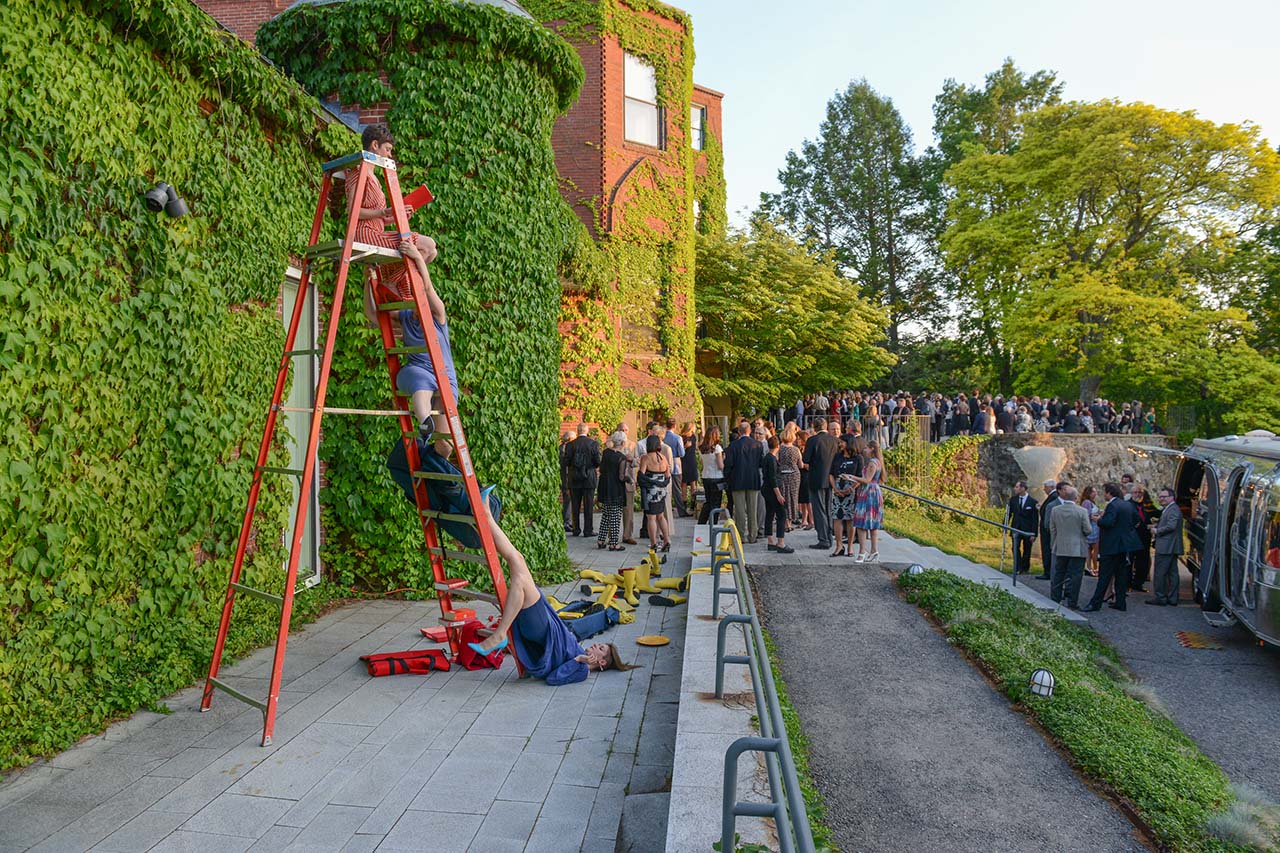 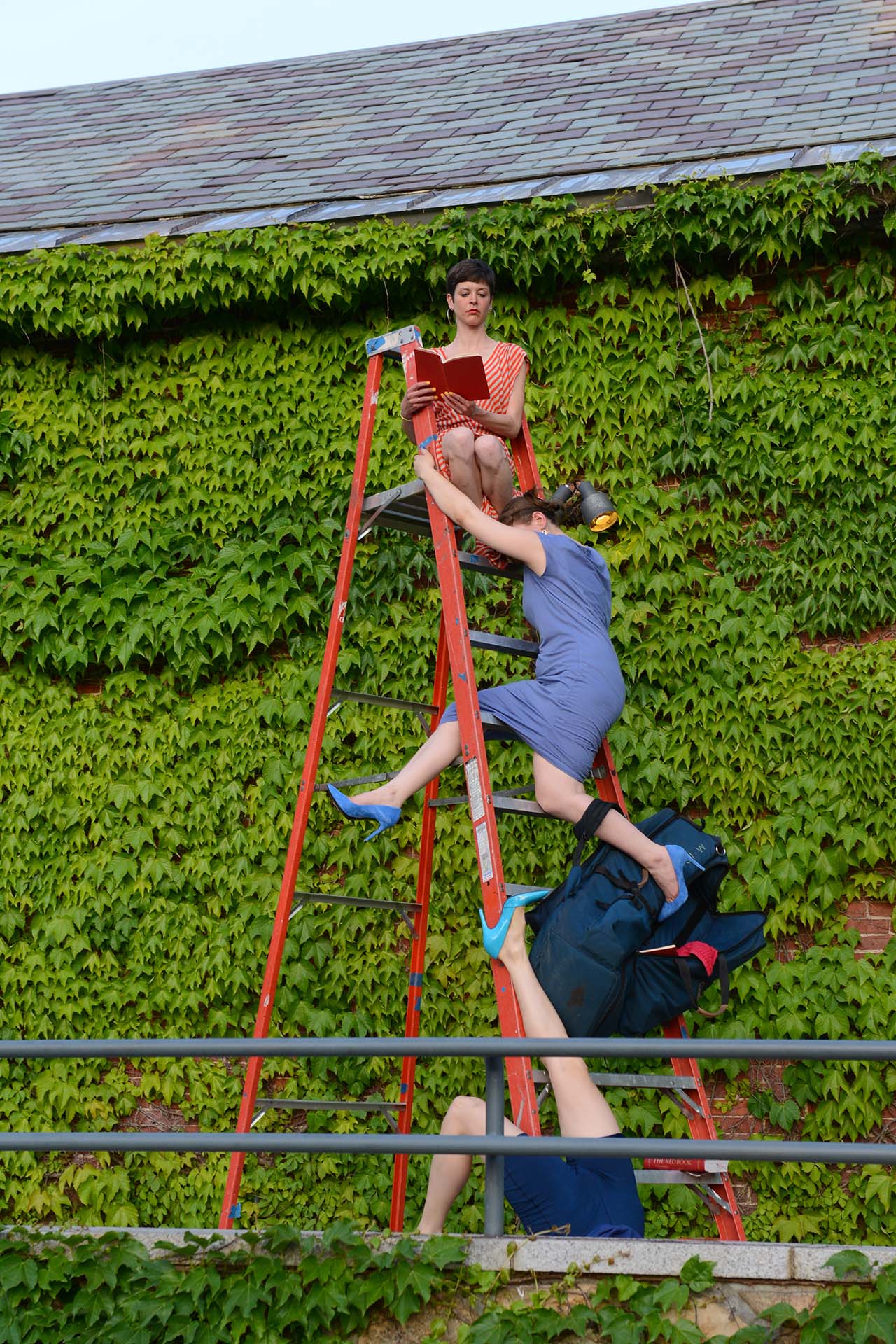 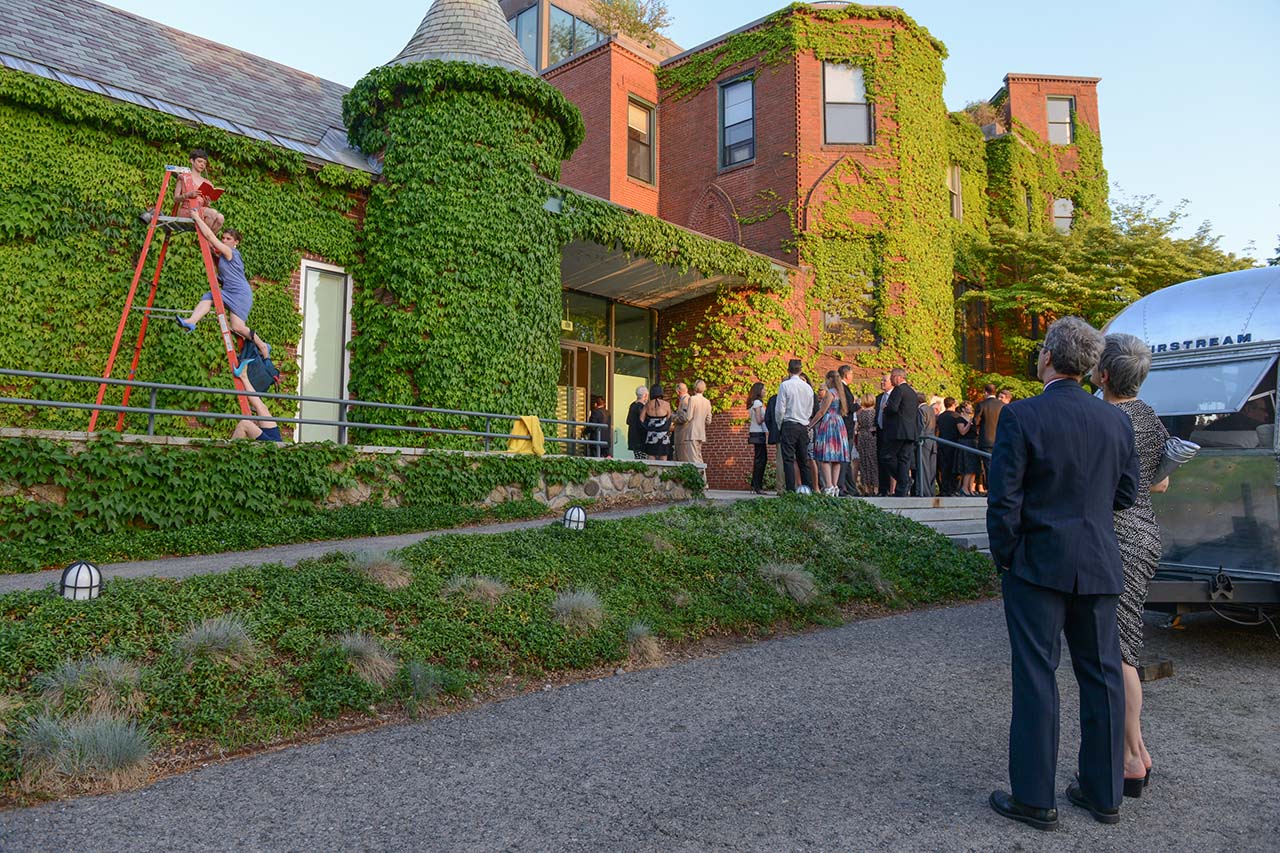 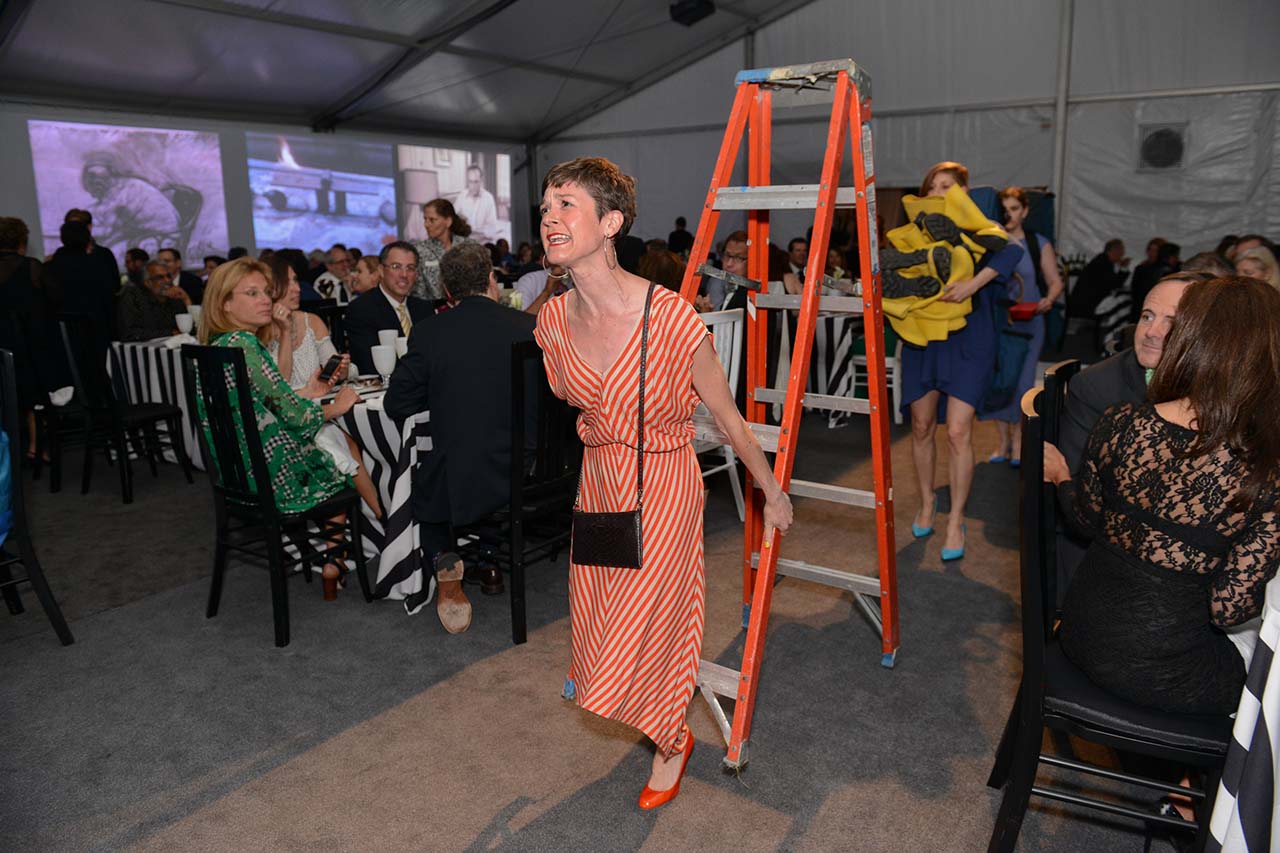 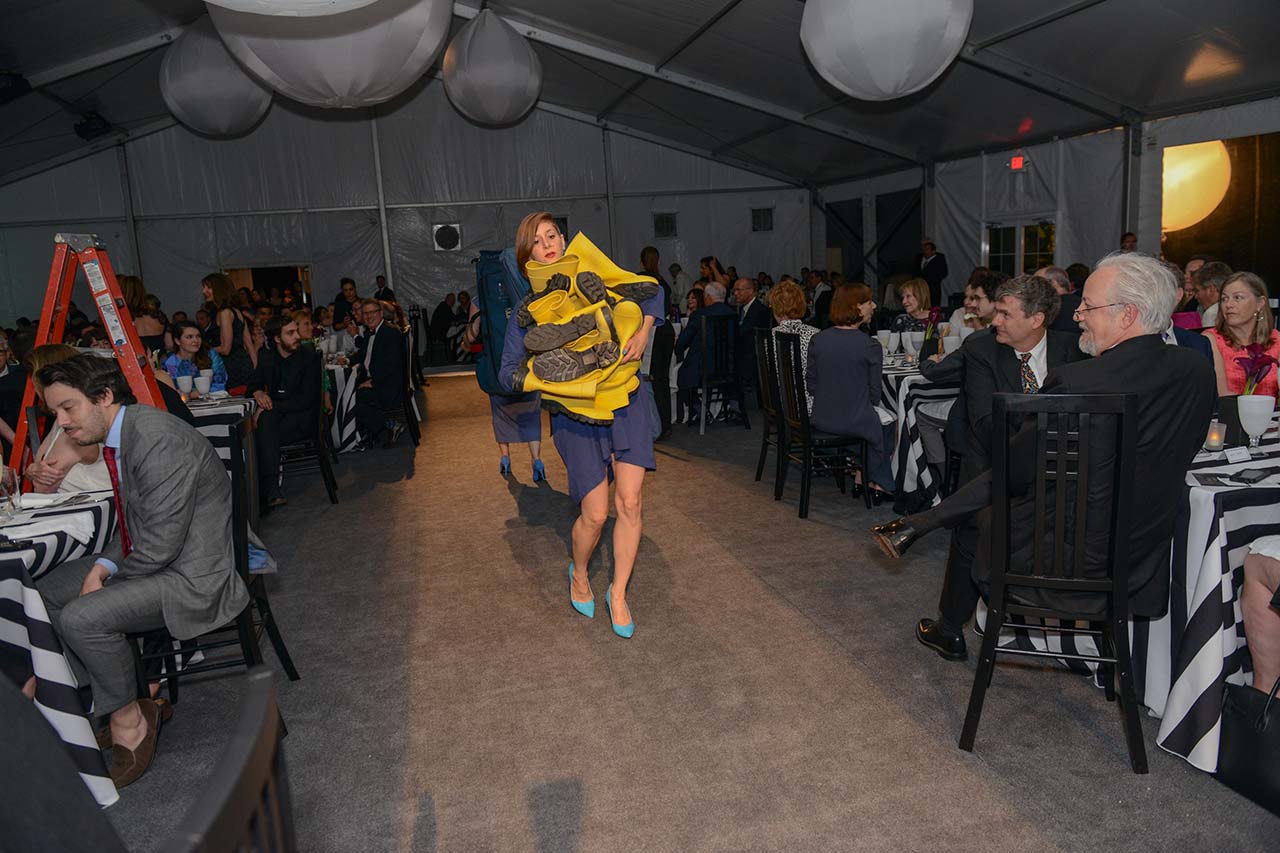 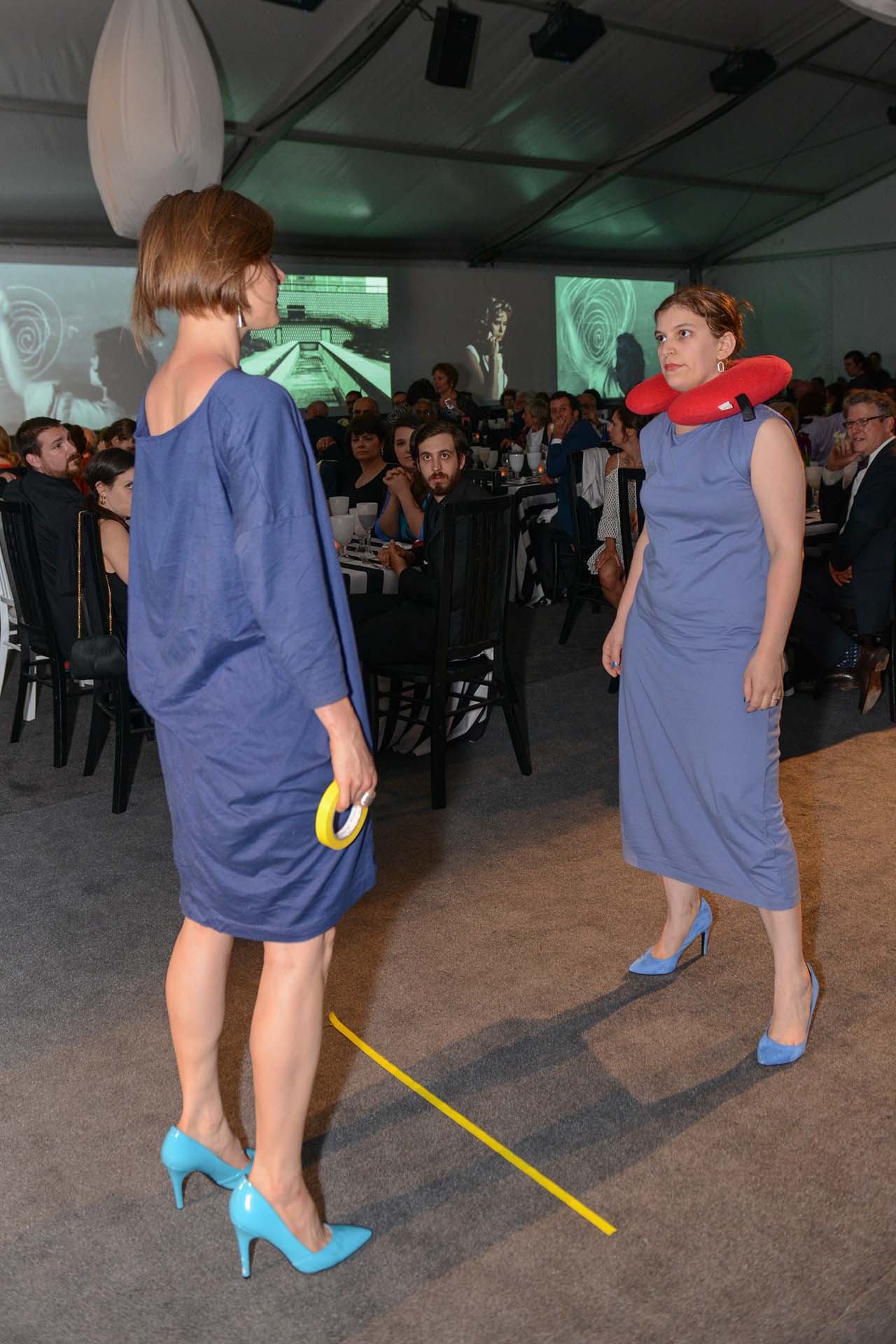 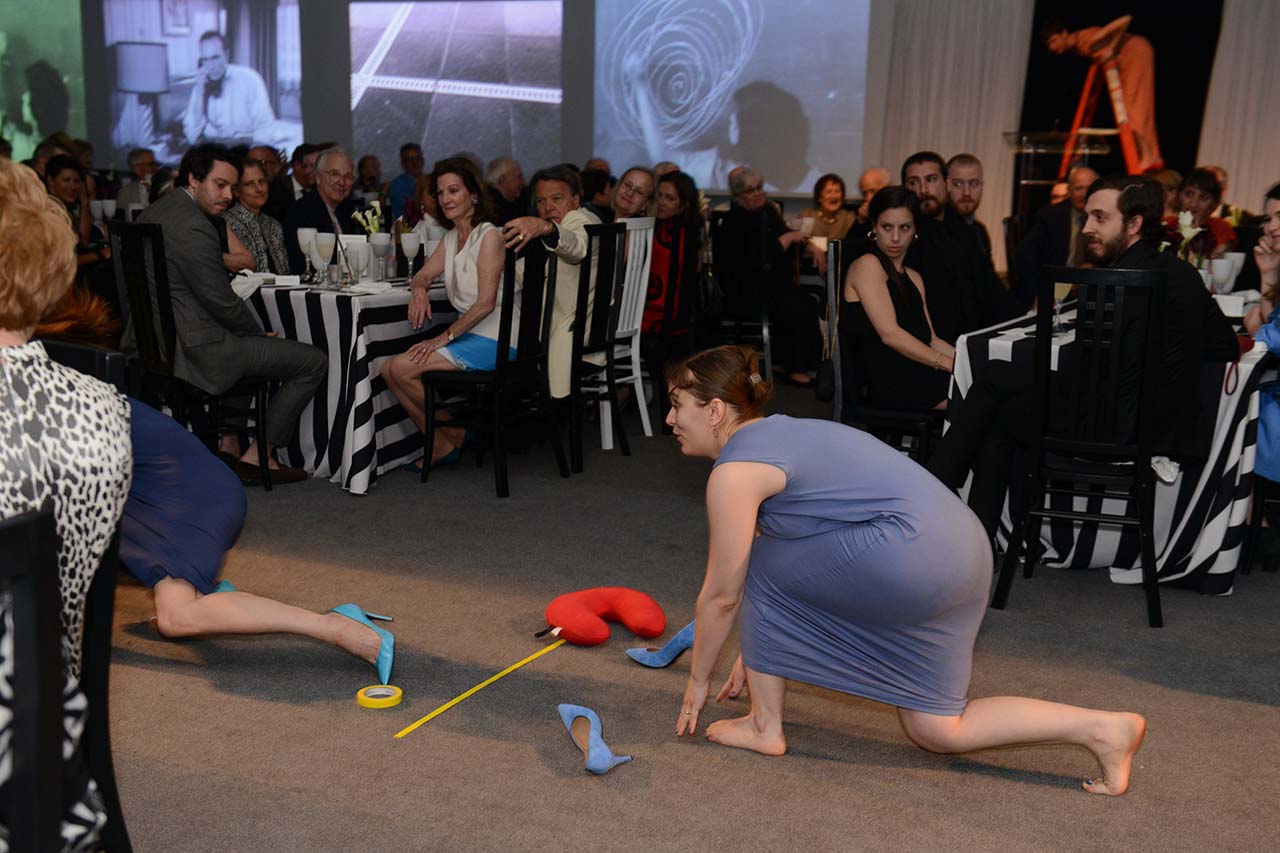 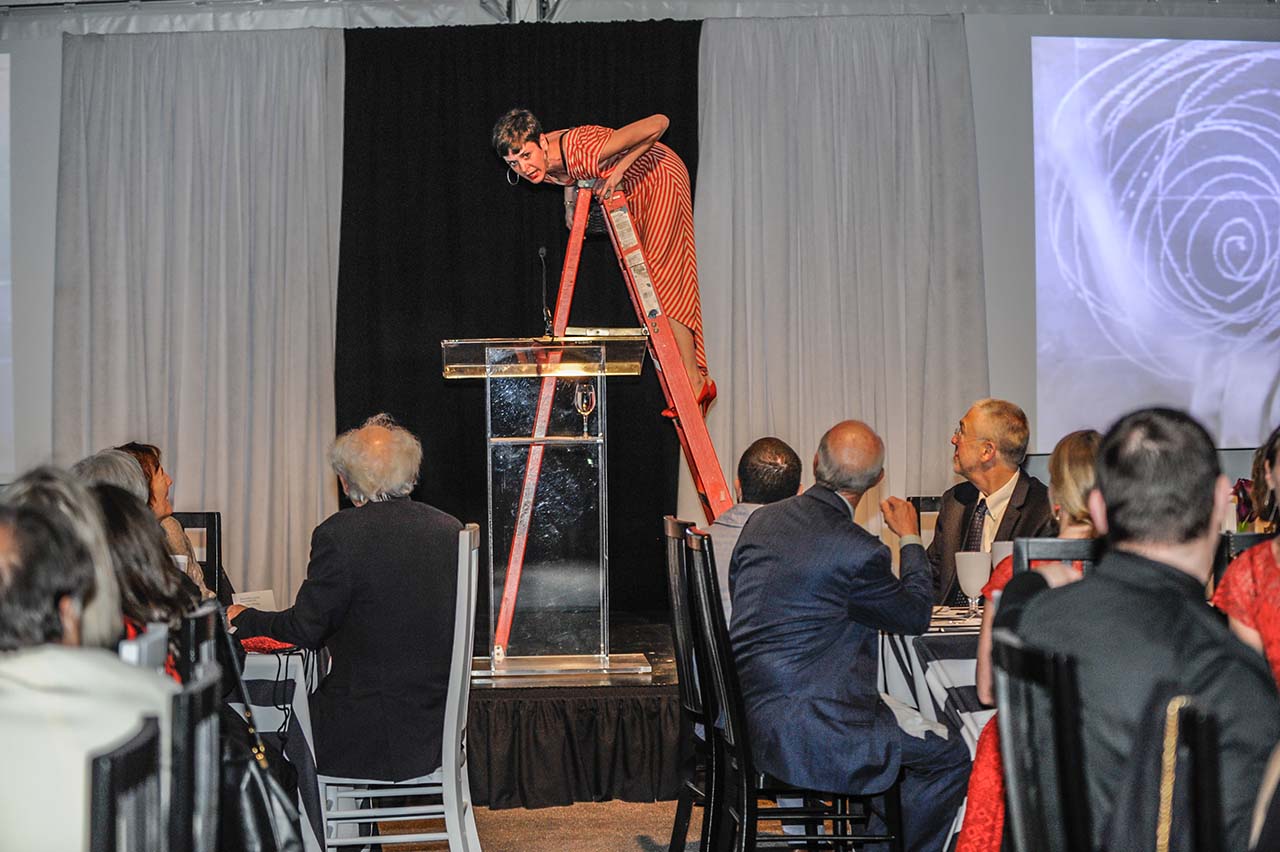 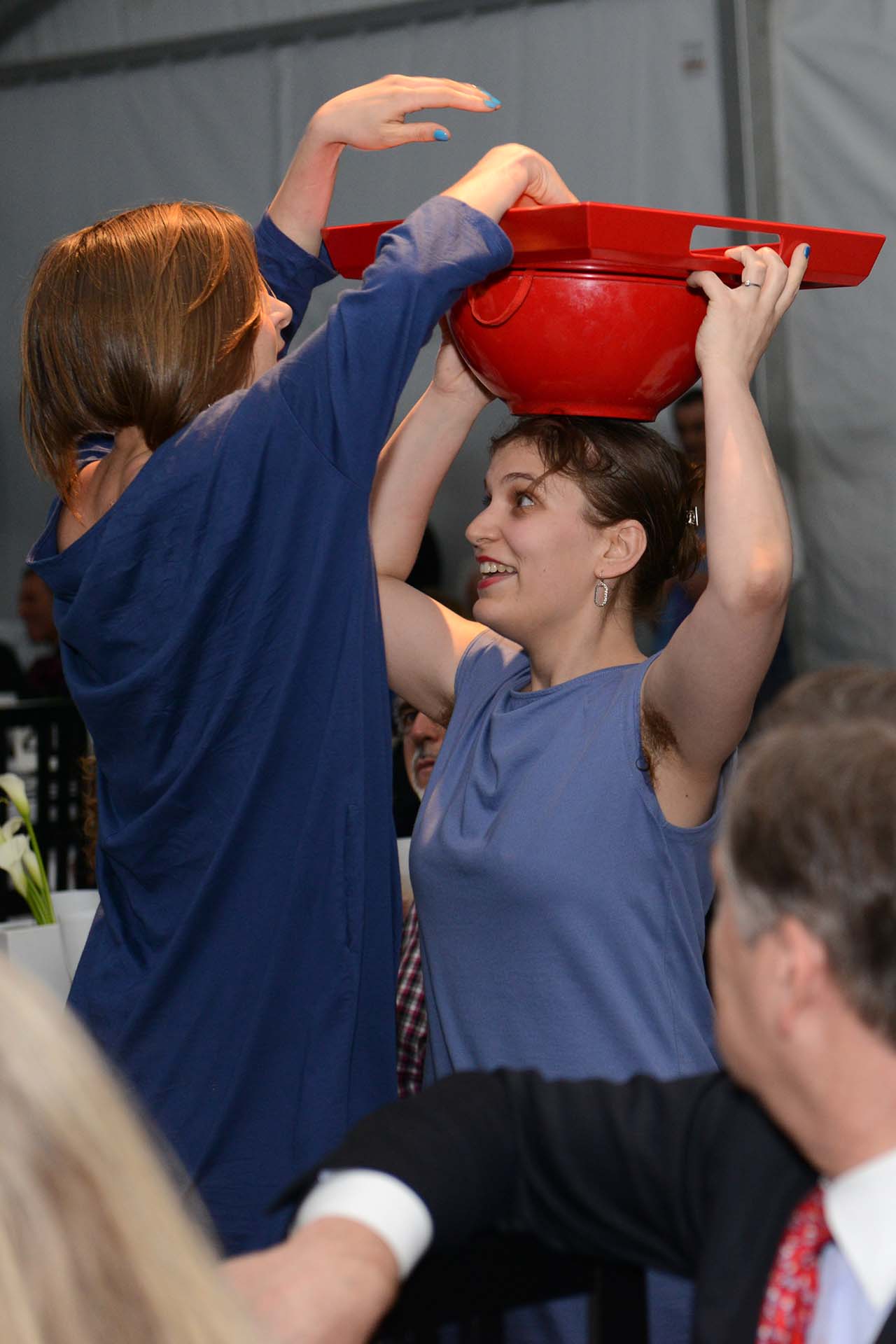 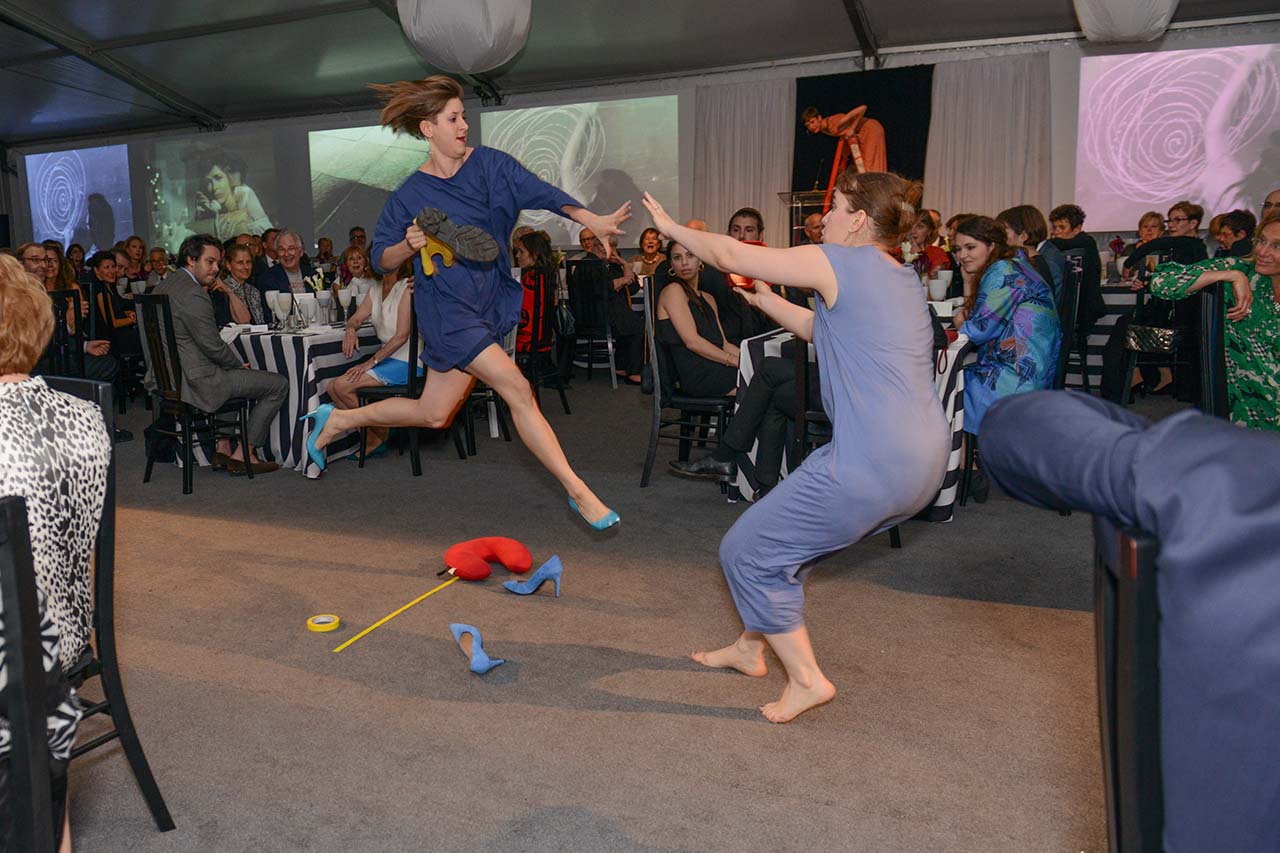 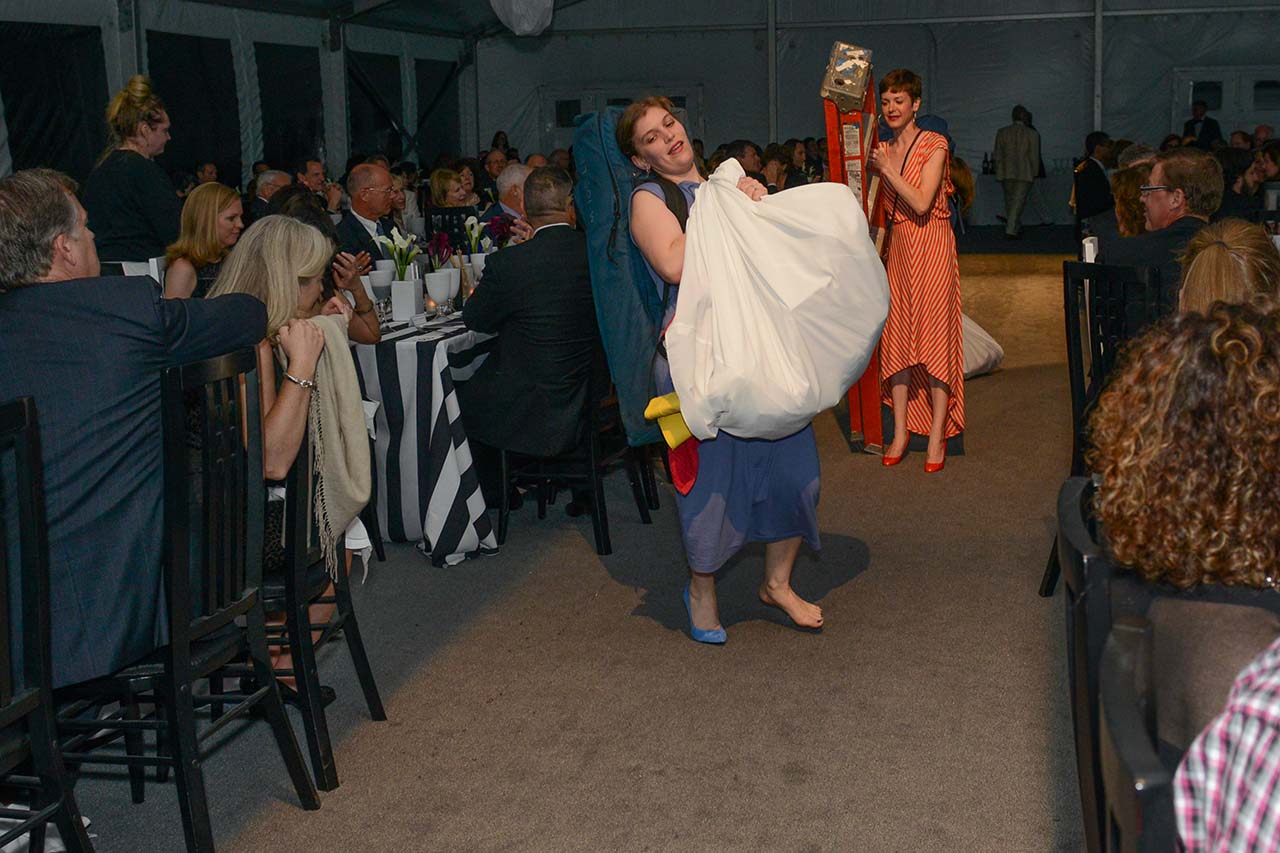